In 2018, during the Spring exhibition, Kunstfort showed two video installations of Beny Wagner: Eyefarm and Outside. Eye Farm is an ex­per­i­mental es­say­istic film ex­ploring the me­di­a­tion of human and non­human sight through agri­cul­ture. Out­side tra­verses two cyclical meta­bolic paths in the at­tempt to forge a rec­i­p­rocal re­la­tion­ship be­tween the two. Ben Wagner is an artist, filmmaker and writer. Working in moving image, text, installation and lectures, Wagner constructs non-linear narratives which investigate the ever shifting boundaries of the human body. Wagner wrote an essay about his own practice and the moving image as metabolism.

“I started working with moving image fairly late in my artistic practice. Having never studied film, I developed a fragmented set of tools over the years which has led to an idiosyncratic approach to the medium, which is guided as much by the experience of making films and videos as it is by my other historical and theoretical interests. Over the last few year I have developed an approach to moving image as a physiological reality based in an ecology of materials, impulses, reflexes and signs.

It is my perception of moving image as an ecological set of relations that I have been trying to formalize in my films. From a strictly material perspective, films are ecological in the sense that the raw materials used to make technical apparatuses are derived from the material world. The metals, plastics, minerals necessary to produce cameras, storage devices, screens etc. come from parts of the earth that are distributed across large areas of space which are also derived from many different sedimented layers of time. The technology of filmmaking and the images it produces are in conversation with these layers of space and time, whether or not this is acknowledged. But moving image is also ecological in another, more abstract, but no less real sense. Filmmaking is composed of a web of relations, gestures, conventions and syntax that have evolved throughout recorded history. These heterogenous and overlapping ecologies merge within the space of the moving image. Far from stable, moving image acts as a momentary prism or node within the network of relations.

Film isn’t about providing people a window into some distant time and place where a camera recorded an event. Film creates events that unfold and influence each other on different spatiotemporal planes. The event of recording an image transforms the specific space and time involved in that recording. Once that image is manipulated and strung into a sequence of other images, the score or code for a potentially limitless series of events is inscribed onto a material carrier, whether a film strip or a digital storage device. Whenever or wherever a film is viewed, a new series of events unfold. We could think of a film as a score, a set of instructions for a potential event; the film is solidified in advance, but the event that occurs in the space between viewers and moving image is never the same and cannot be predetermined. No matter how many times The Passion of Joan of Arc or Hangover 3 are screened, the event is always new; the film is simply a specific trigger for the reciprocal unfolding between the human sensory system and the environment surrounding it.

I’ve been fascinated by how these dynamic and ever changing factors intersect, overlap, and become blurred. The more I try to learn about them, the less I feel able to say anything certain. My films are a result of this personal process of asking questions and the ways in which the answers are always inconclusive. The process of making a film begins with a certain conception. During the process of making, this conception disintegrates into a greater unknown and I try to share that process with the viewer. My ideal film would somehow manage to formalize this web of relations that I perceive both through my senses and my thoughts but which is nevertheless invisible.

My interest in the reciprocity between moving image, the body, language and environment is what led me to the theme of metabolism. Could moving image be considered metabolic? What would that mean? Could the notion of a moving image metabolism ever be more than a metaphor? This group of questions catalyzed the main path of my research over the last year or two. The first issue I was presented with was the question: what is metabolism? This initially seemed self-evident, but after over a year of research into the history of science and medicine, my sense is that the word metabolism and its many heterogenous applications underscore certain fundamental ambiguities that inform our cultural understandings of the interface between our bodies, minds, and environments and even our evolving definitions of life. What started as a relatively simple question – what is metabolism? – has led me down different paths of the research: from the beginnings of embryology in the late 18th century, to theories surrounding rhythm that emerged between music, poetry and science in  German Romanticism, to Karl Marx’s notion of the ‘metabolic rift’, to the physiological laboratories of Salpêtrière in the late 19th century, to metabolist architecture in 1960s Japan, contemporary research in ecology, molecular biology, feminist and queer theory.

The word metabolism connects all these heterogenous realms of practice and research. What then is metabolism? The most concrete contemporary definition of metabolism names the sum of chemical interactions necessary for the life of an organism. Etymologically, the word derives from the ancient Greek metabole, which simply means change (some definitions add ‘overthrow’, which adds interesting implications). In my research so far I have only found one short text, written in 1971 by a physiologist and organic chemist, that specifically deals with the history of the word.[1] In this ten page journal article, the author, Franklin C. Bing, outlines the difficulty in determining the precise origins of the word’s modern usage. The difficulties are both the problem of translation (mostly from German) and the fact that during the period in which the concept of metabolism emerged in Europe around 1800, physiologists, chemists and biologists – disciplines that were yet to be truly defined and distinguished from each other – were involved in an array of experiments for which they were also in the process of finding adequate, scientific words. The word metabolism, from the German Stoffwechsel, emerged from a variety of contenders. For the first half century of its occasional usage, it was interchangeable with ‘metamorphosis’, most authors of the period preferring to use the latter.

Most people associate the word metabolism with objective, material and scientifically quantifiable processes, while metamorphosis conjures the myths of transformation found in Ovid, or waking up to realize your body has turned into an enormous cockroach . Metamorphosis describes the emotional, mythical, ungraspable and metaphorical aspects of our experience, while metabolism contains the promise that we might capture the mysteries that life presents us. Yet, just 200 years ago this distinction was nonexistent. This history has led to my understanding of metabolism as describing things or processes that exist between material and metaphor. This partially explains why so many different people with such a broad range ideas and agendas have been drawn to metabolism as a way to describe the processes they seek to comprehend. In every instance where I have encountered the use of the word metabolism, it has served as an attempt to formalize a process that can’t be seen with the naked eye.

Writing on the history of metamorphosis, the historian of science Janina Wellmann wrote:

“In terms of cultural history, metamorphosis is a liminal figure in both content and form: as a theme, because it evokes the tipping of known into unknown, of being into becoming; as a form, because it oscillates between described and description, nature and art, fact and fiction, aesthetic and scientific reflection. In metamorphosis, nature and art lose their separate identities and become one. This reciprocal adaptation is located in language, for the metamorphosis of nature is always also the metamorphosis of the poetic form that produces it and in which alone it assumes existence.” [2]

Given the extent to which metabolism and metamorphosis are historically intertwined, I find that the same can be said of metabolism. Wellmann’s thoughts have been helpful towards an ever elusive attempt to delineate metabolism as a process, a notion, or a metaphor, and in my particular case, what it might mean in relation to the practice of moving image. My experience of moving image is of a tool that highlights the dissolving of separate identities and distinct boundaries between organisms and environments. Sitting in a dark cinema, or even when our senses are fused to our mobile devices, we become unable to distinguish clear-cut boundaries between ourselves and the bodies we encounter on screen; their desires and fears are inseparably fused to ours. This is less a psychological problem than a physiological truth: our bodies jolt and cringe in a choreography designed by the directors, cinematographers, editors and musicians. These technicians take residence in the pathways of our nervous systems and guide us through a yet unknown experience of space and time. Any attempts to define the boundary between nature and art dissolve in the pathways of the human nervous system.

Viewed as a narrative psychoanalytic tool, film has in many ways served to carve the world into theoretically and physically separate parts. Driven by the misconceived notion that it can objectively document the outer world, film has instead objectified people, beings, landscapes while denying the invisible forces that bind them together. We are currently experiencing the damage this worldview has wrought in the form of our ecological, political, and economic crises. The conception of film as a metabolic medium describes a way of looking at and producing moving image that highlights the invisible space between things, those energies that bind all beings in processes of reciprocal exchange.” 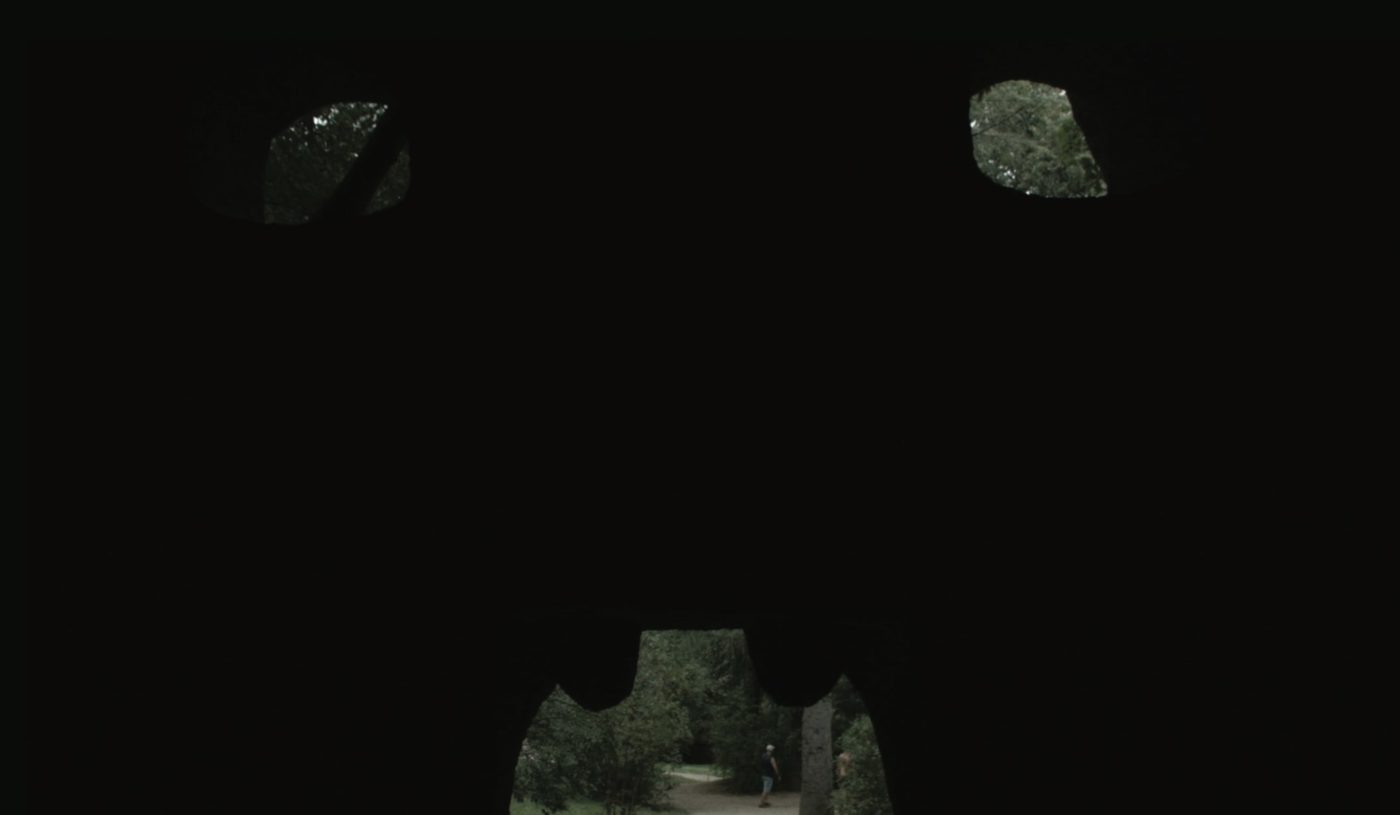 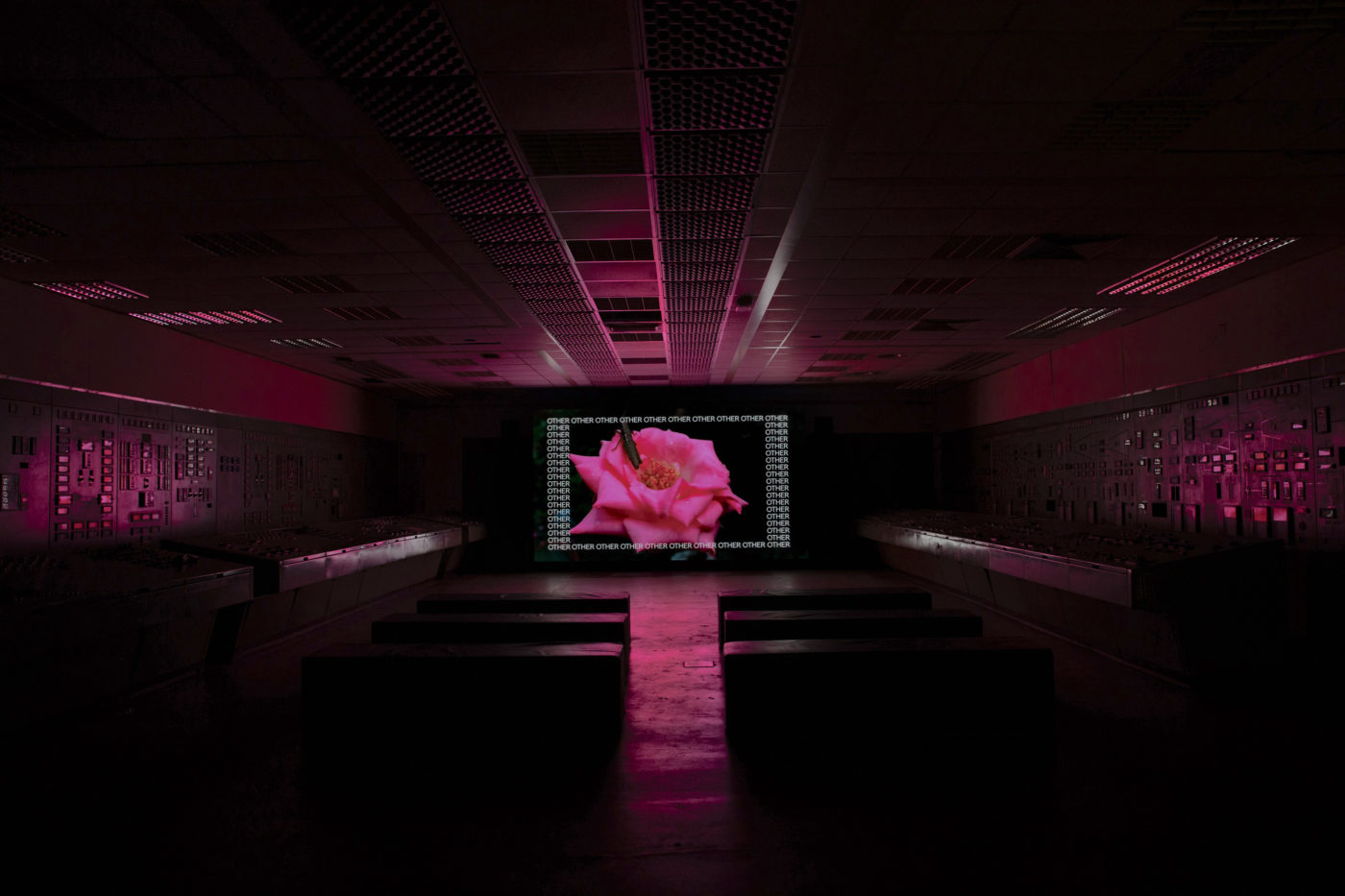 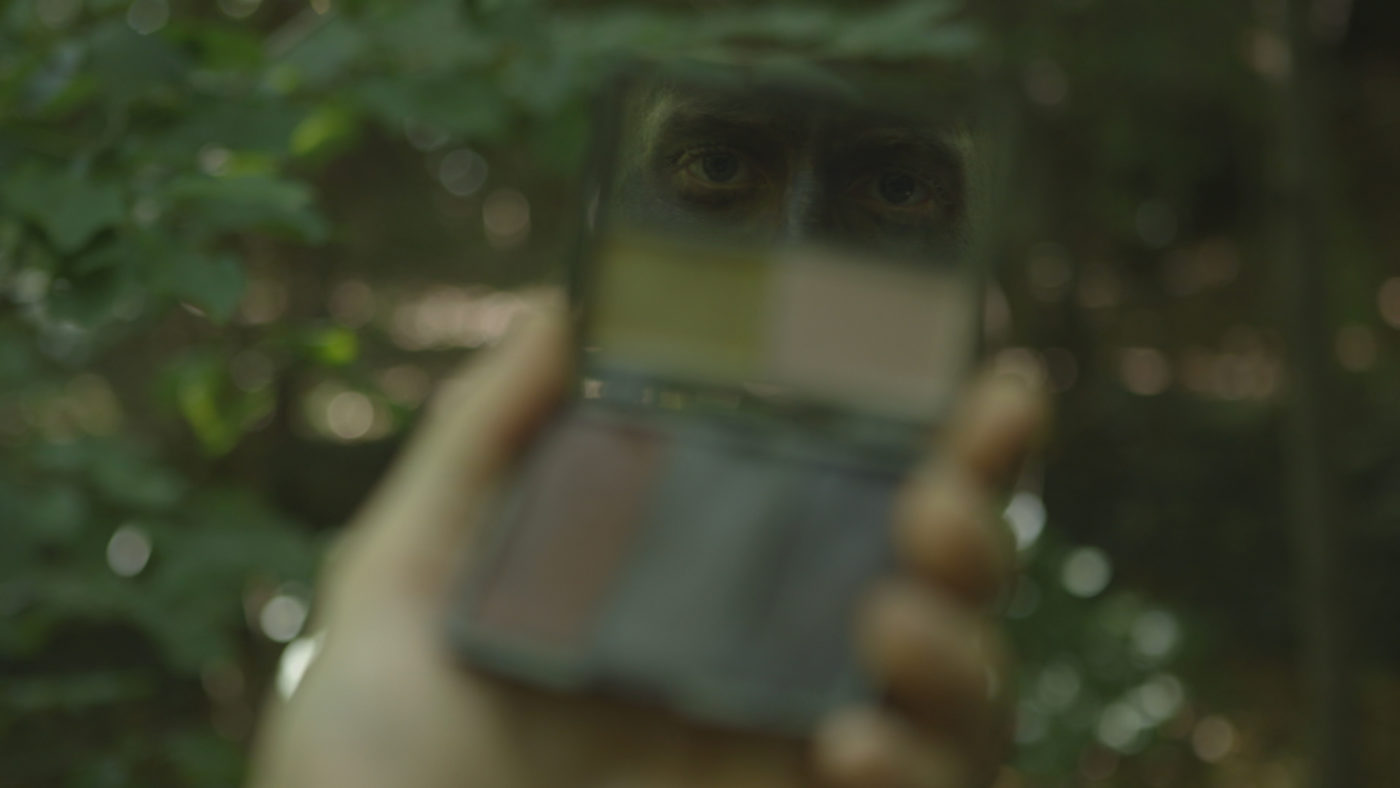 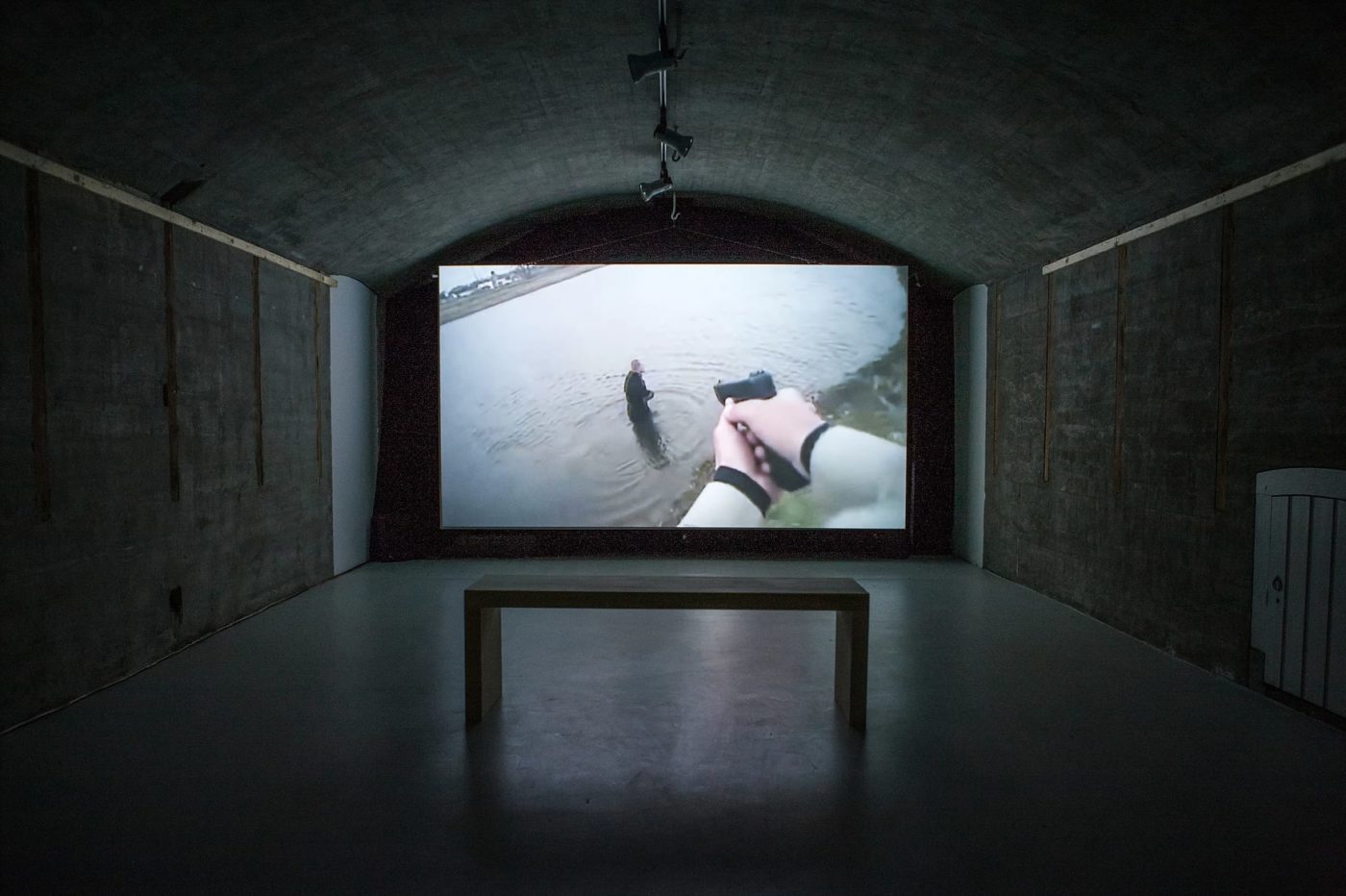