Madelon van Schie: Liquid Landscapes: what if the ground under your feet can't be trusted? An interview with the art collective Border Agency

In the summer of 2019, the exhibition Liquid Landscapes: what if the ground under your feet can’t be trusted by art collective Border Agency was on view in the fortress of the Kunstfort. Writer Alix de Massiac interviewed this collective.

Liquid Landscapes is an initiative of Border Agency. What is the background and the composition of this artist collective?

Border Agency is currently composed of the Chilean artists Maria-Rosario Montero, Sebastian Melo and Paula Salas. It’s an artistic research project that seeks to explore the limits of landscape in relation to the territory and its inhabitants. Our main goal is to understand from an interdisciplinary perspective the dialogues that occur between people, places and things. Our interest is to investigate and unveil power structures. With this in mind, we use art practices as a mean and anthropology as a method. Depending on the needs of each project we collaborate with different experts.

Rosario Montero is a photo-based artist and researcher. She looks at issues related to the representation of landscape from a decolonial standpoint. Sebastian Melo’s work is concerned with the use of new media technologies to embody landscapes experiences. Paula Salas specializes in artistic research, linking her creative practice to both the academic and collaboration. She focuses on community processes of identity creation, integrating tools from various fields such as anthropology, portraiture and cartography.

Your exhibition at Kunstfort bij Vijfhuizen combines two projects that depart from strategic landscape interventions. The first landscape you researched is the San Pedro de Atacama Desert in the north of Chile in which over a hundred thousand mines were placed during the Pinochet regime to protect the borders between Chile and its neighbouring countries Peru, Bolivia and Argentina. In the Netherlands you turned your attention to the Stelling van Amsterdam. Both interventions are meant to defend and protect. Can you say something about your mutual fascination for this subject?

“Something that joins both works is the role of technology in our contemporary experience of landscapes. Border Agency’s work reflects on the state of landscape in the era of technique. The Landmine Project engages with the minefields in the Atacama Desert which have transformed the desert into a landscape-weapon.

The minefields produce an inaccessible territory, a landscape that cannot be directly experienced because of the obvious risk of explosion. In this sense, minefields can be understood as a technology that creates virtual borders, which divides the territory and modifies how the landscape is experienced. This project explores not only the militarisation of the landscape but also how a territory is built in the imaginary of surrounding communities.

From a landscape perspective, the case of the Kunstfort and its surrounding is very similar. People at the Stelling van Amsterdam are witness to a moment in which the Netherlands devised a defense strategy that transformed its landscape into a weapon. By using water as a dissuasive tool, the Stelling created an intricate system of forts, canals, and locks that could protect Amsterdam from invasion by temporarily flooding the land. The Stelling is no longer an active defense mechanism and we aim to make its effect on surrounding communities visible.”

Can you explain how the mines in the desert affect the local population on a daily basis?

“Let us tell you a personal experience. In 1998 we wanted to climb one of the most imposing mountains in the Atacama Desert: the Licancabur volcano. The Licancabur looks like a perfect cone in the middle of the high plateau; a ubiquitous image of what an Andean landscape is supposed to be. When planning this trip, we realised that the traditional crossing used by native Aymara shepherds was interrupted by the presence of landmines. This invisible minefield did not appear on any of the maps of the local area. You were only alerted to its presence once you reached a small red warning sign that read Peligro Campo Minado, Danger Minefield, Peligrowa Aka Pampa Minatawa.  We had to climb the volcano across the border instead. Our plans were disrupted in a minor way. This is not the case for the inhabitants who put themselves at risk on a daily basis when crossing this area.

During the 1970s and 1980s the Chilean Army planted mines in conflict zones located along the international border of what are now the regions of Arica and Parinacota, Tarapacá, Antofagasta and Magallanes. As of September 2013, there were still 35000 mines present. In 1997 Chile signed the Ottawa Treaty, drawing a plan for the elimination of all anti-personnel landmines around the world by 2025. More than half of the anti-personnel landmines in Chile have been removed, but there are still many more to be eliminated and most of the population is unaware of their presence. Particularly illegal border crossers are unaware of the risks.

In our fieldwork, we interviewed residents and visitors from the area. We talked to other artists, a family of shepherds, tour guides, foreign tourists, university students, schoolchildren, workers and people from the military. They all drew a map representing the way they traverse the territory, including the minefields. We built a small archive of subjective maps that revealed the intimate and daily side of the minefields, the coastal landscapes and the high plateau. The presence of the mines was powerful in their memories and community history.

We realised that the only way to access the minefields was through representation. Using a drone, we travelled through a minefield, at the height corresponding to the field of vision of a walker, in order to see and experience the forbidden through a mechanical eye. Of course, the artistic appropriation of military technology such as drone-filming detonates a number of ethical problems for media artists. And the consequences of choosing a militarised zone as a subject for artistic exploration is equally fraught with ethical dilemmas.”

Contrary to the invisible presence of the minefield in the Atacama Desert  in which danger is always latent,  the defense line of the Stelling van Amsterdam has become a landmark, a harmless historical monument. What interests you most about this Dutch intervention in relation to the minefields?

“As the Stelling is no longer an active defense mechanism and has become part of the landscape, we aim to engage local audiences at the Kunstfort by confronting them with a site-specific exhibition. Liquid Landscapes poses the question: how can an everyday landscape become a weapon? In this installation, what is shown is not a specific landscape but our way of observing it. We aim to create an immersion into a fringe experience and explore the limits of knowledge regarding a place. The screens, photographs, sounds and drawings help us unveil the potential danger of a weaponized landscape. We want to challenge audiences to consider a fluid notion of landscape and make the instability of both the Atacama Desert and the Stelling van Amsterdam tangible.”

The ambition of Border Agency to stimulate audiences to envision a ‘fluid landscape’ lead to a number of collaborations with local population in Chile and the Netherlands. The results are part of the exhibition. What did you learn and discover?

“Working with local people is important to us. They contribute ideas, feelings and images to our research and build a situated knowledge. The people who collaborated with us experience the territory in a way we never will because they have memories and particular interests which guide them through the it. We realised how fragmented and fluid the landscape could actually be. We like to think the earth under our feet is stable but the territory changes constantly both in our cultural imagination and in its physical form. The contributions we received show the liquidness of landscape very vividly: every subjectivity creates a layer that overlaps with other people’s visions, constructing a multifarious panorama of the Stelling van Amsterdam.”

This is the first time that Border Agency has a solo show outside of Chile. What other sites and projects do you have in mind for the future?

“As a collective we are always thinking how to cross other fractured landscapes and create strategies to explore them. Lateley we have been working on a new research project titled Fire Forests about eucalyptus. We are exploring the double identity of this tree as a natural living being and as a human artefact changing the experience of landscape in large parts of the world. We are interested in the ways in which people relate to this tree and the plantations. We will have a first piece shown in November at the New Media Bienal of Chile and in January of next year at the Barrios Bajos Gallery in Valdivia, Chile. 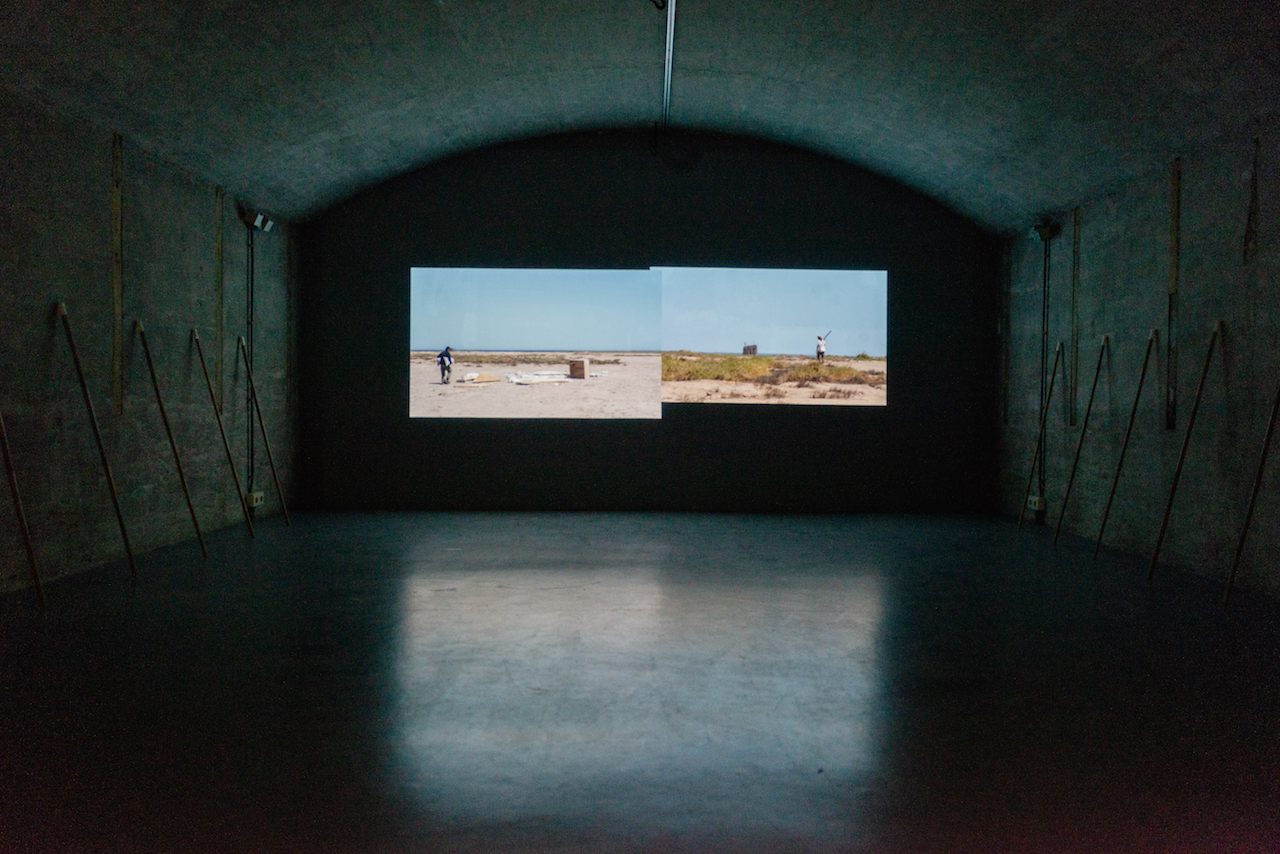 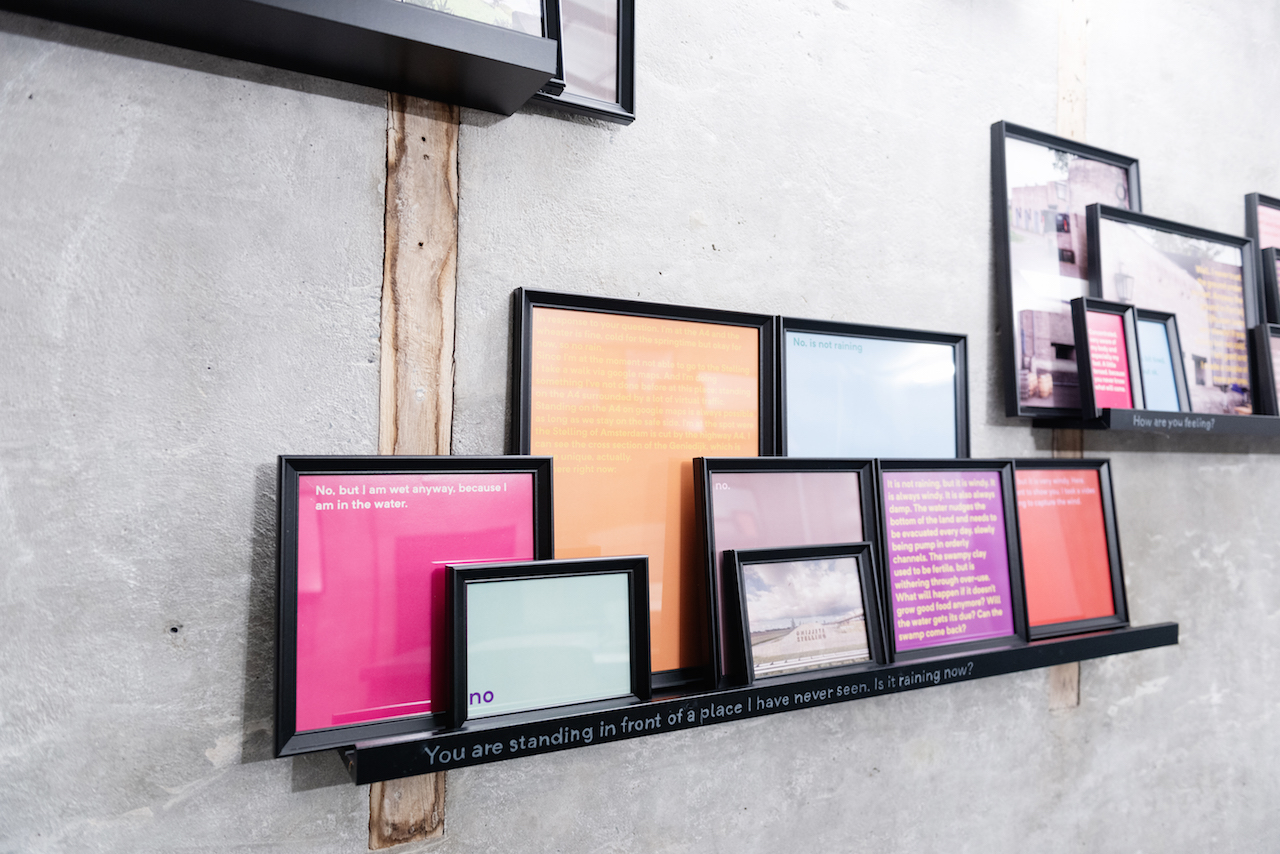 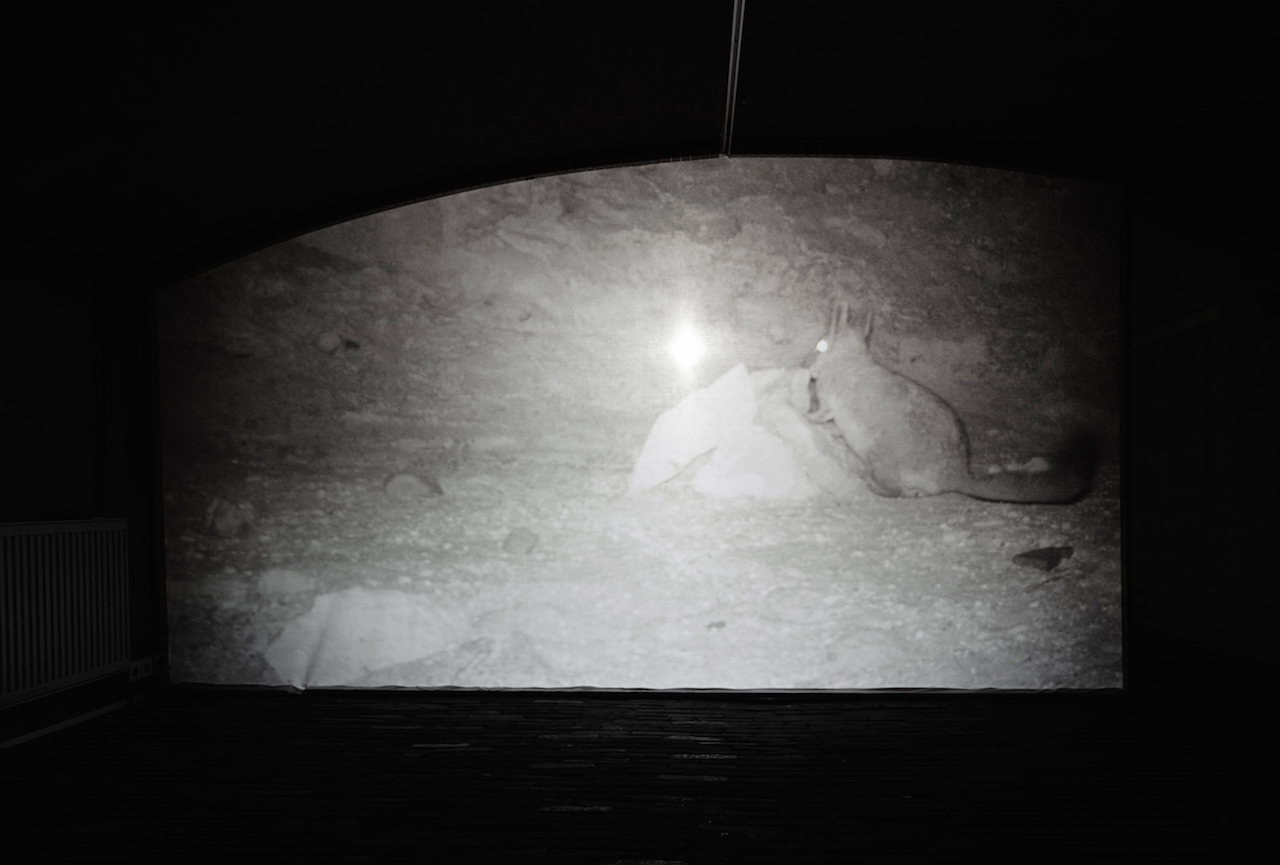 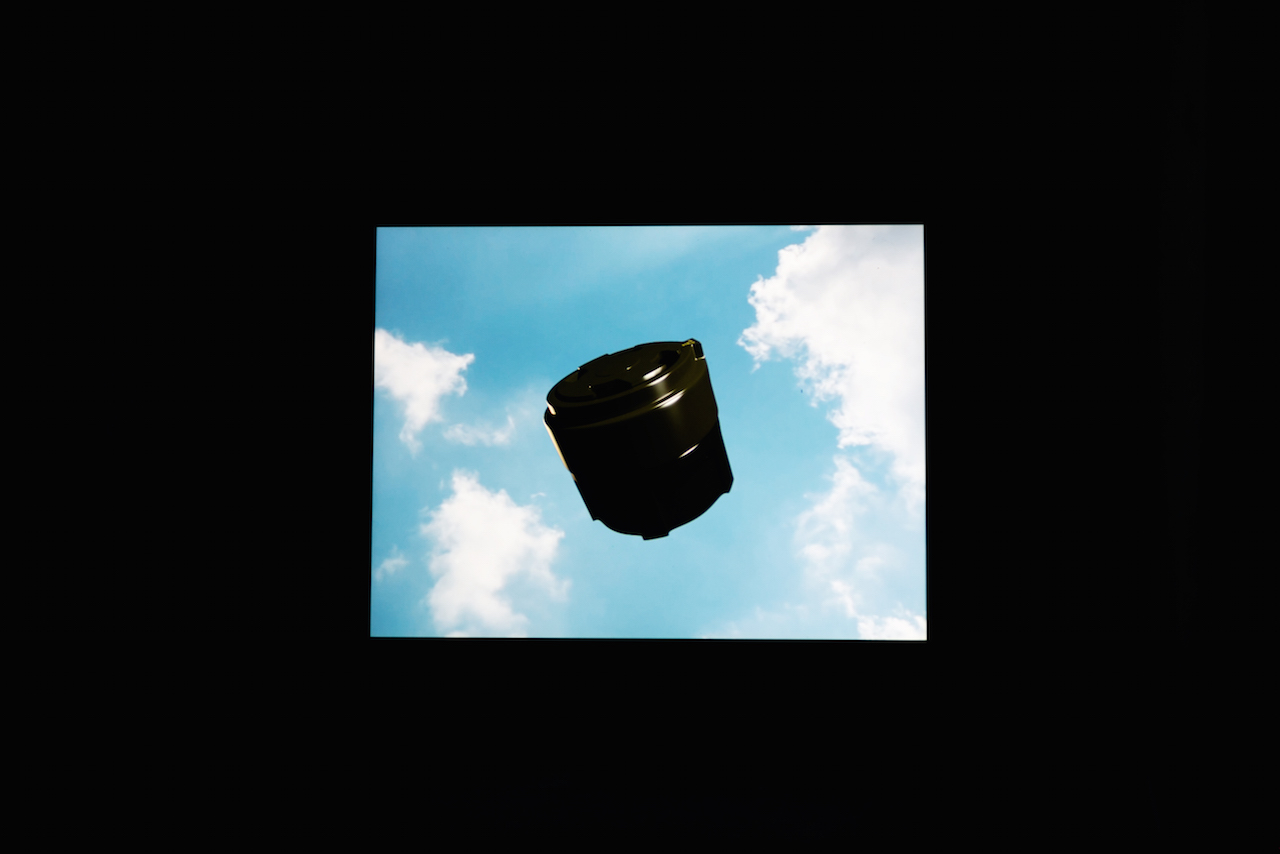