UNESCO World Heritage Site? The most unspoken world heritage in the world

In 2016 the Stelling van Amsterdam (Defence Line of Amsterdam) celebrated its 20th anniversary as world heritage. But what does it mean to bear the title of UNESCO World Heritage Site? The most unspoken world heritage in the world sheds new light on the possible meaning behind this UNESCO status.

In the permanent UNESCO exhibition, one wanders freely between the interior and exterior worlds of Kunstfort bij Vijfhuizen. In this remarkable “intermediate space,” the Stelling van Amsterdam is approached from a geopolitical perspective. Every UNESCO heritage site is of “unique and universal” significance to all of humankind, and this is also true of the Stelling van Amsterdam. What is meant by “unique and universal,” though? As part of the Stelling, Fort bij Vijfhuizen is a historical place to reflect on this heritage, to think about Europe back then, in a time of impending war—and the Europe of today. Even now, geopolitical tensions pay no heed to the outmost borders of this part of the world. Four subjects are identified on the mirrors—the Stelling van Amsterdam, War Landscapes, World Heritage, and Fort Europe—and, based on these, meaningful perspectives, questions, and answers are sought.

Advancement of an essential climate for living

UNESCO was founded (in 1945) as a peacekeeping mission. Yet the military setting of the Stelling van Amsterdam at first seems to be just the opposite. During the 19th century, Amsterdam was chosen as a final refuge in case of invasion. The Engineering Corps fortified the area around the city with a water line, guarded at intervals by fortresses. Amsterdam’s surroundings became a potential landscape of war, laid out in such a way that any enemy force would founder and drown. UNESCO is clear: “Wars begin in people’s minds, and so too the idea of peace.” The exchange of knowledge, science, and culture fosters something akin to an essential climate of peace. That significance of world heritage has too often remained unspoken over the past 20 years.

Tomorrow determines the field of view

The installation was made by Jan de Graaf and Robert Schütte in collaboration with design studio LUST. 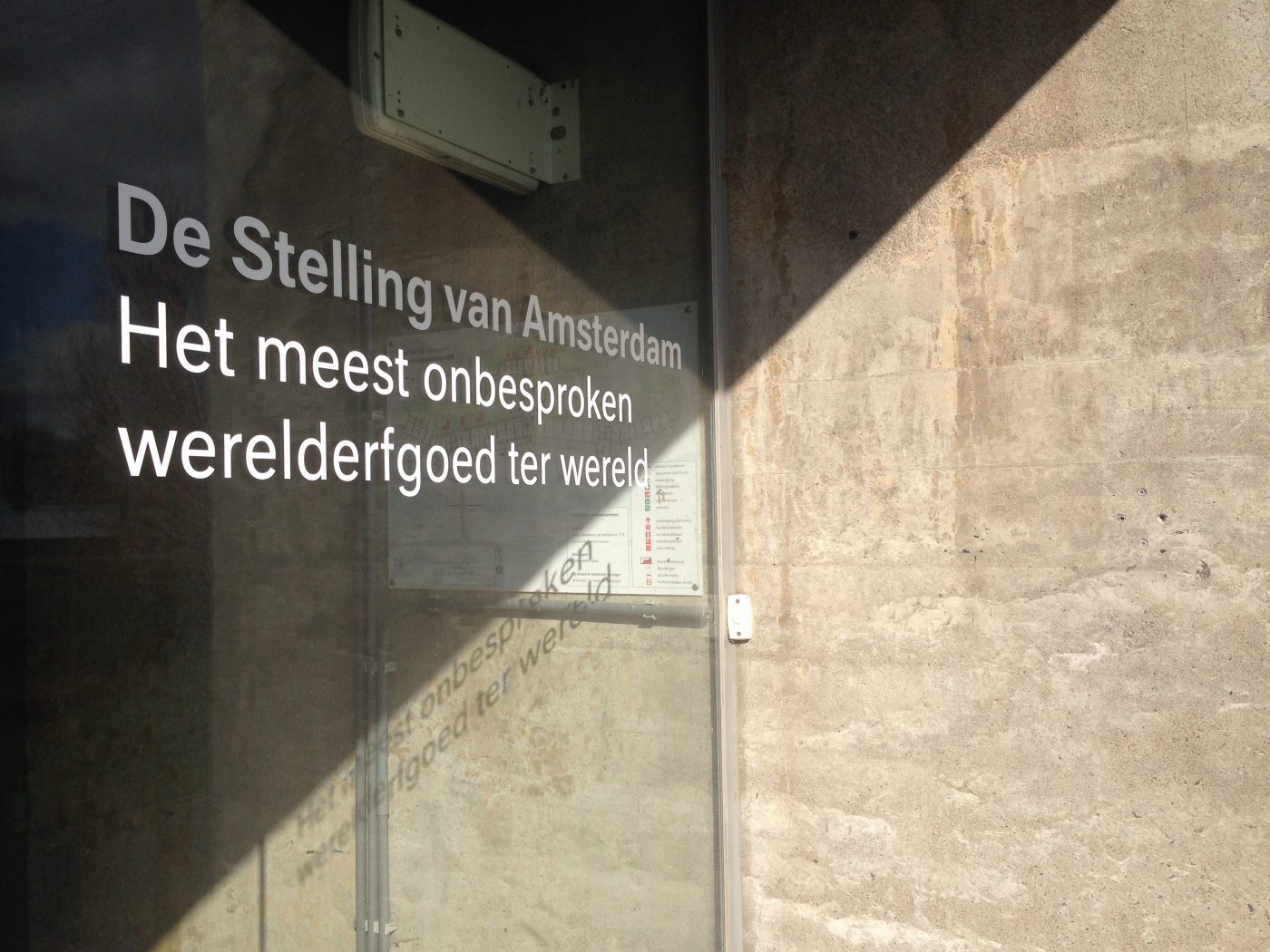 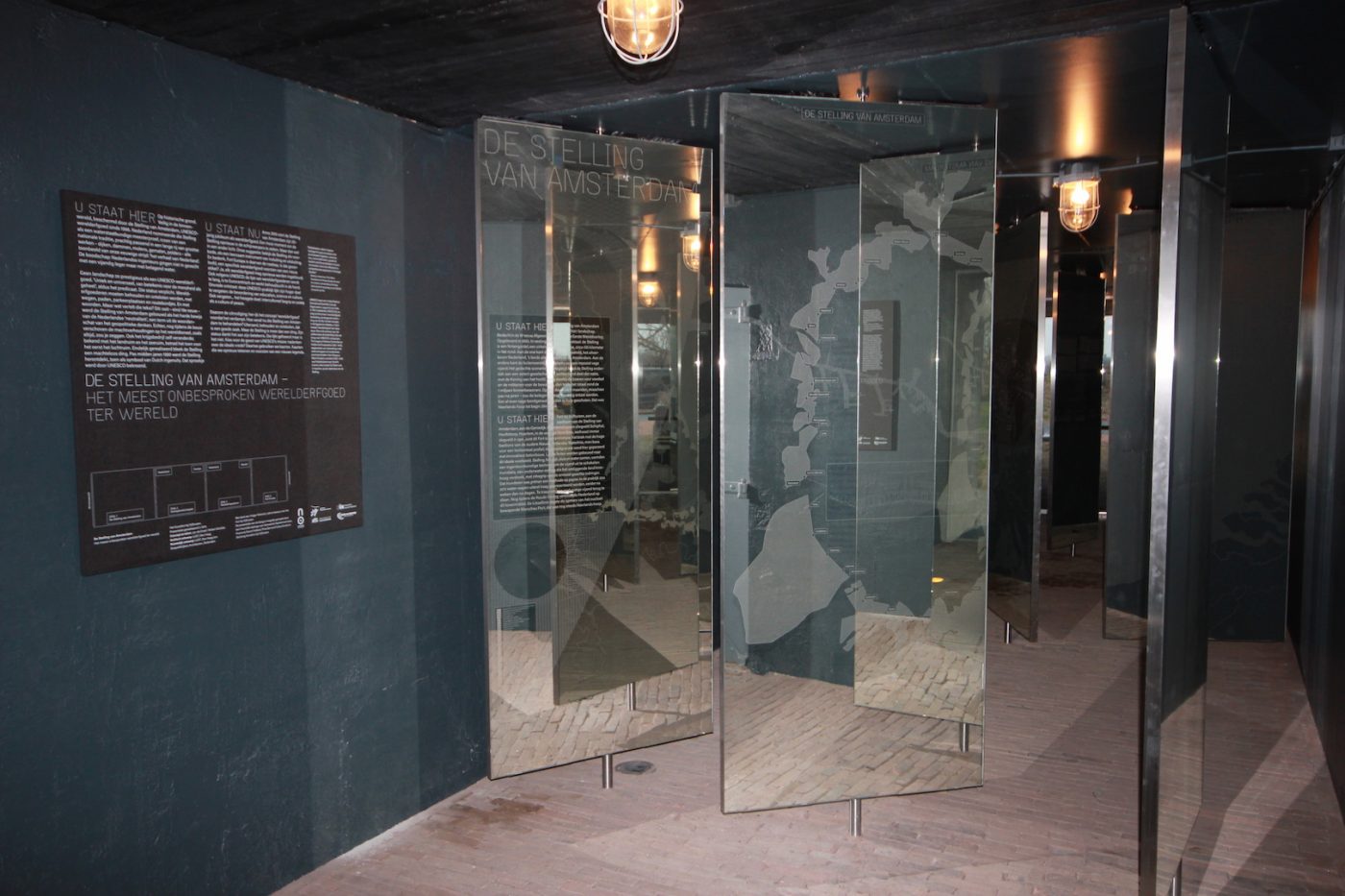 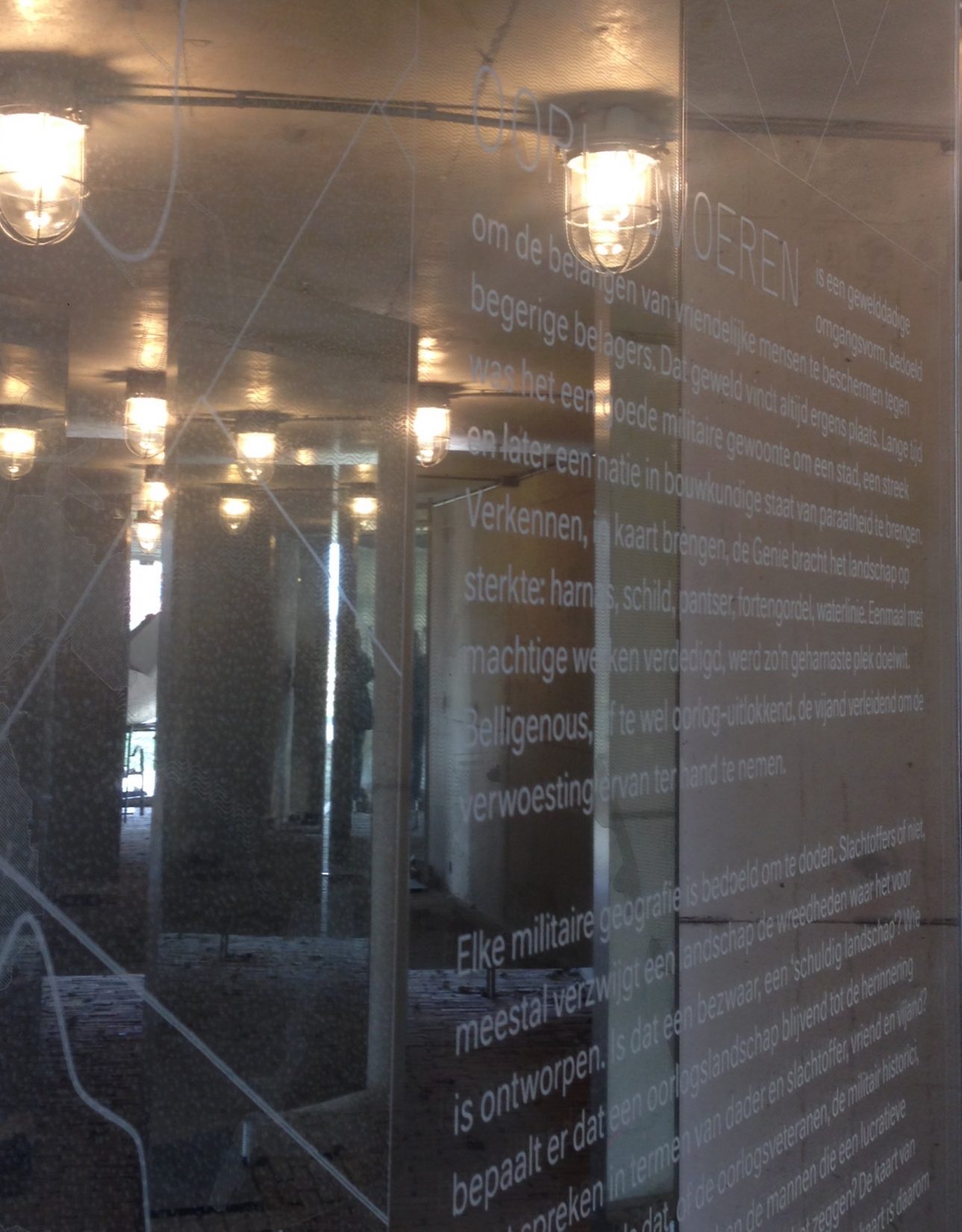 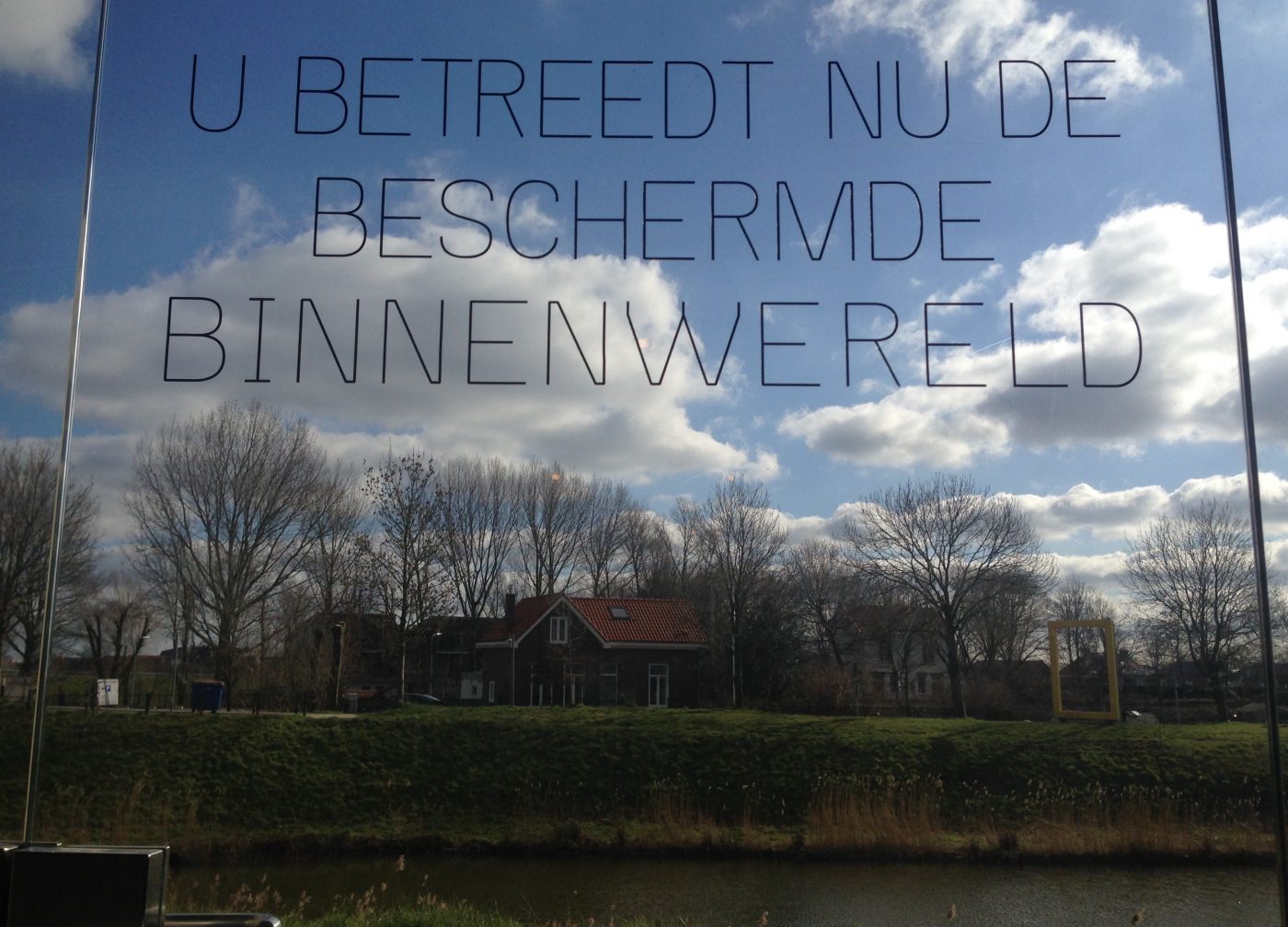 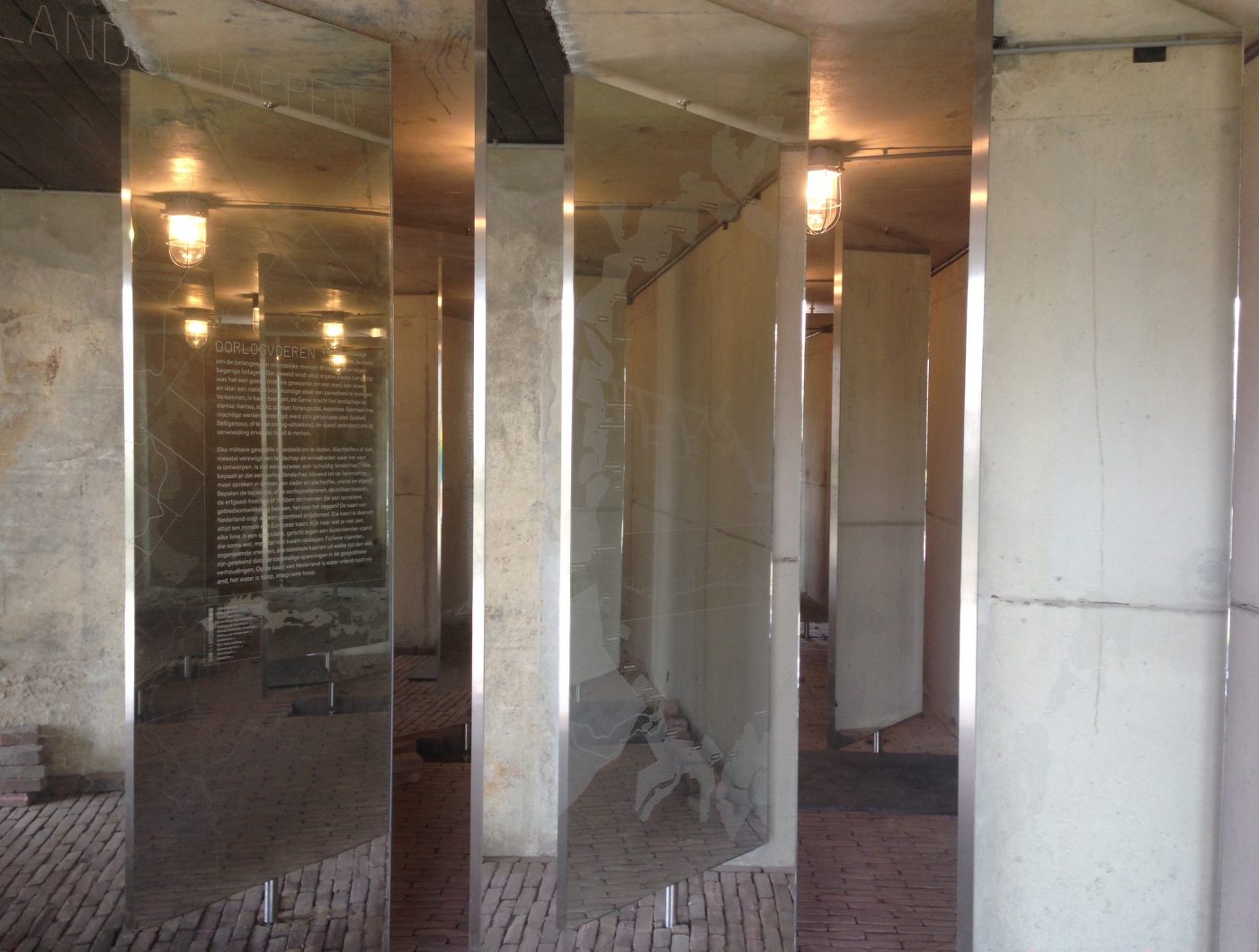 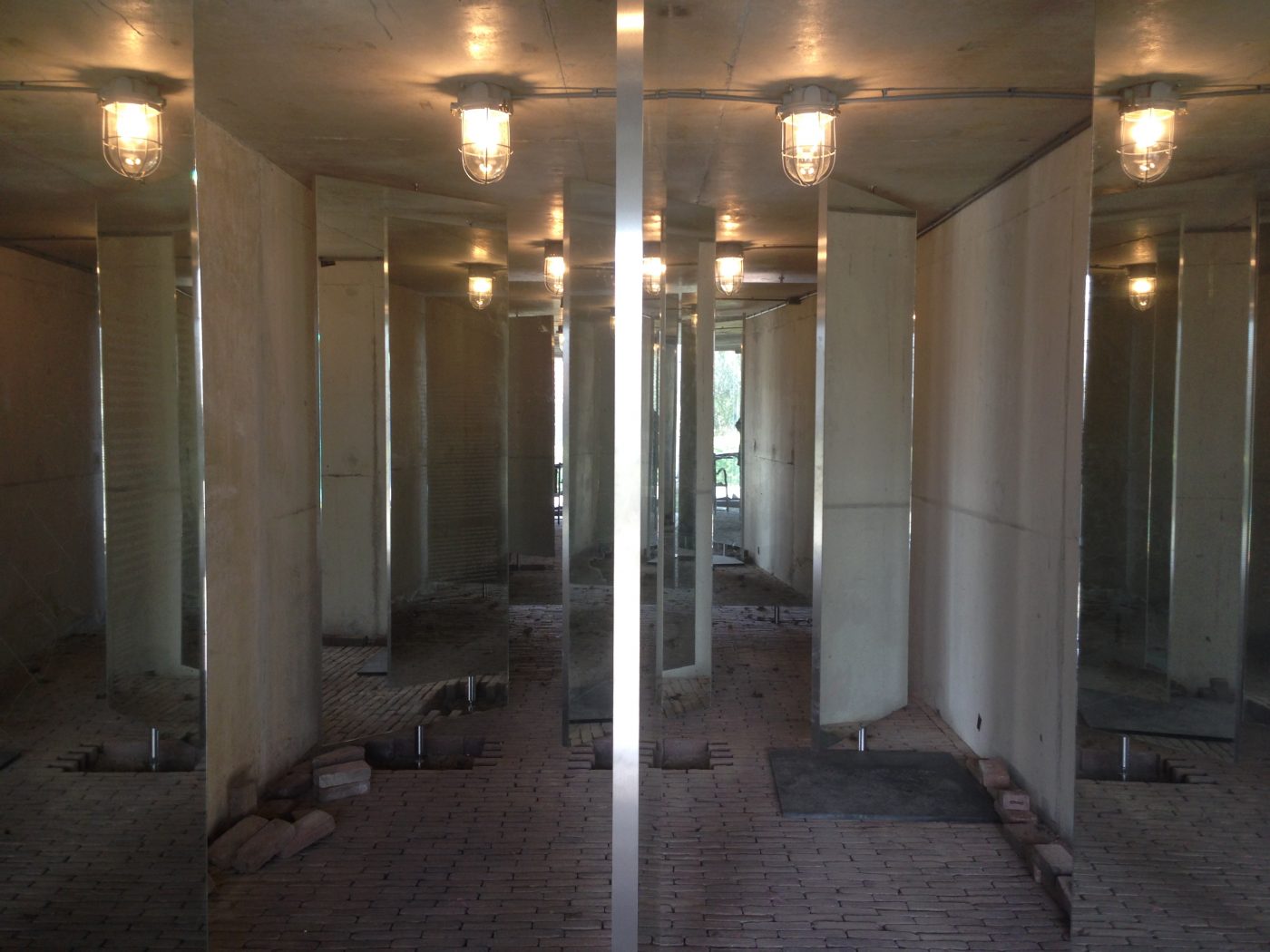 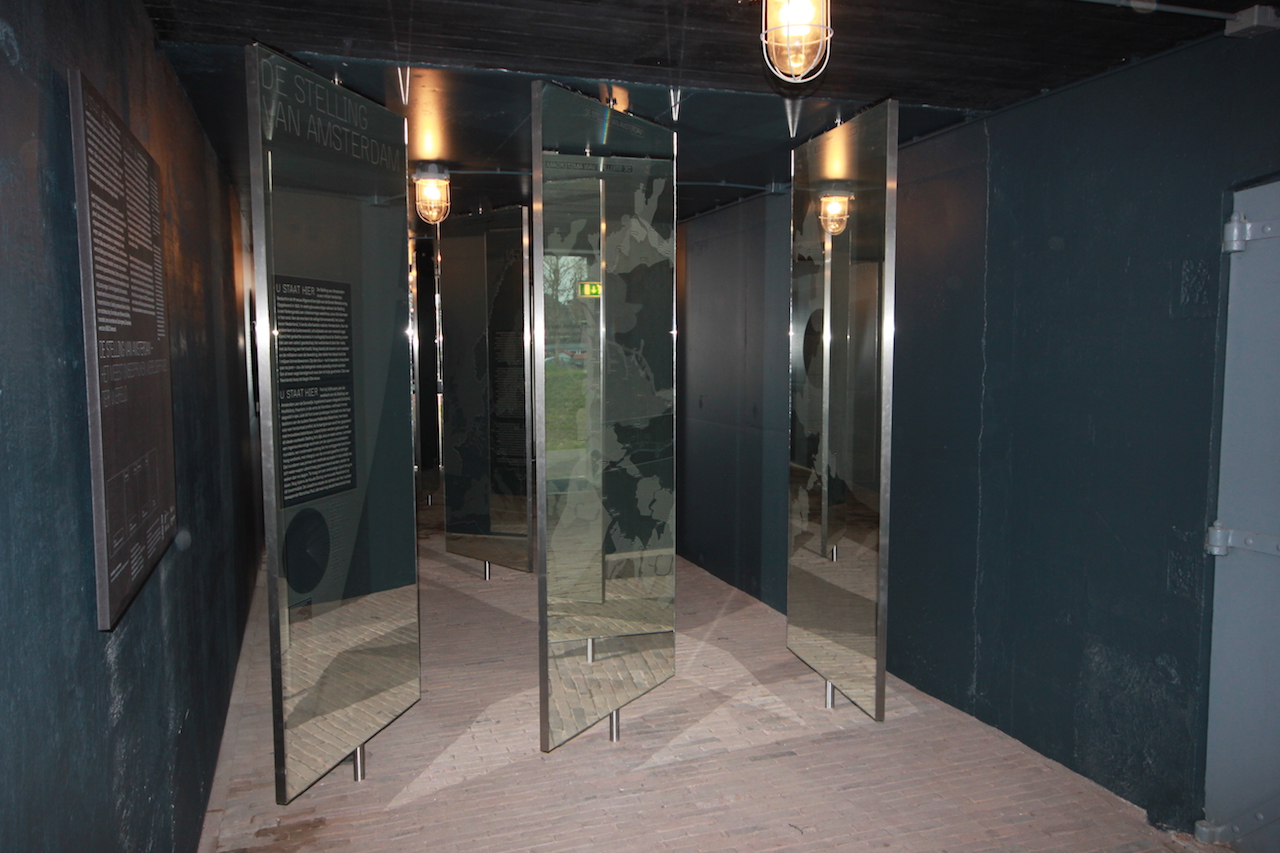