Lennart de Neef and Micha Prinsen originally made this work for a public park in Rotterdam. It was placed as a standing rectangle in a seemingly melting foot. Inspiration for the sculpture was the mysterious monolith from the movie 2001: A Space Odyssey (1968) by Stanley Kubrick, an artefact that millions of years ago might have been left behind on planet Earth by extraterrestrial archaeologists.

When the sculpture got replaced at the fort island of Kunstfort bij Vijfhuizen, the artists decided to dig it into the front wall. Here it merges with the vegetation of the island, and resonates with the remaining other concrete structures of the fort. The sculpture appears suddenly and apparently by chance, partly eaten away by thick petrified larvae, and at the same time obviously is unnatural and made by humans. Fort bij Vijfhuizen, now the Kunstfort, is one of the first concrete buildings in the Netherlands and was designed by the end of the 19th century: the building material therefore comes through both futuristic and outmoded. 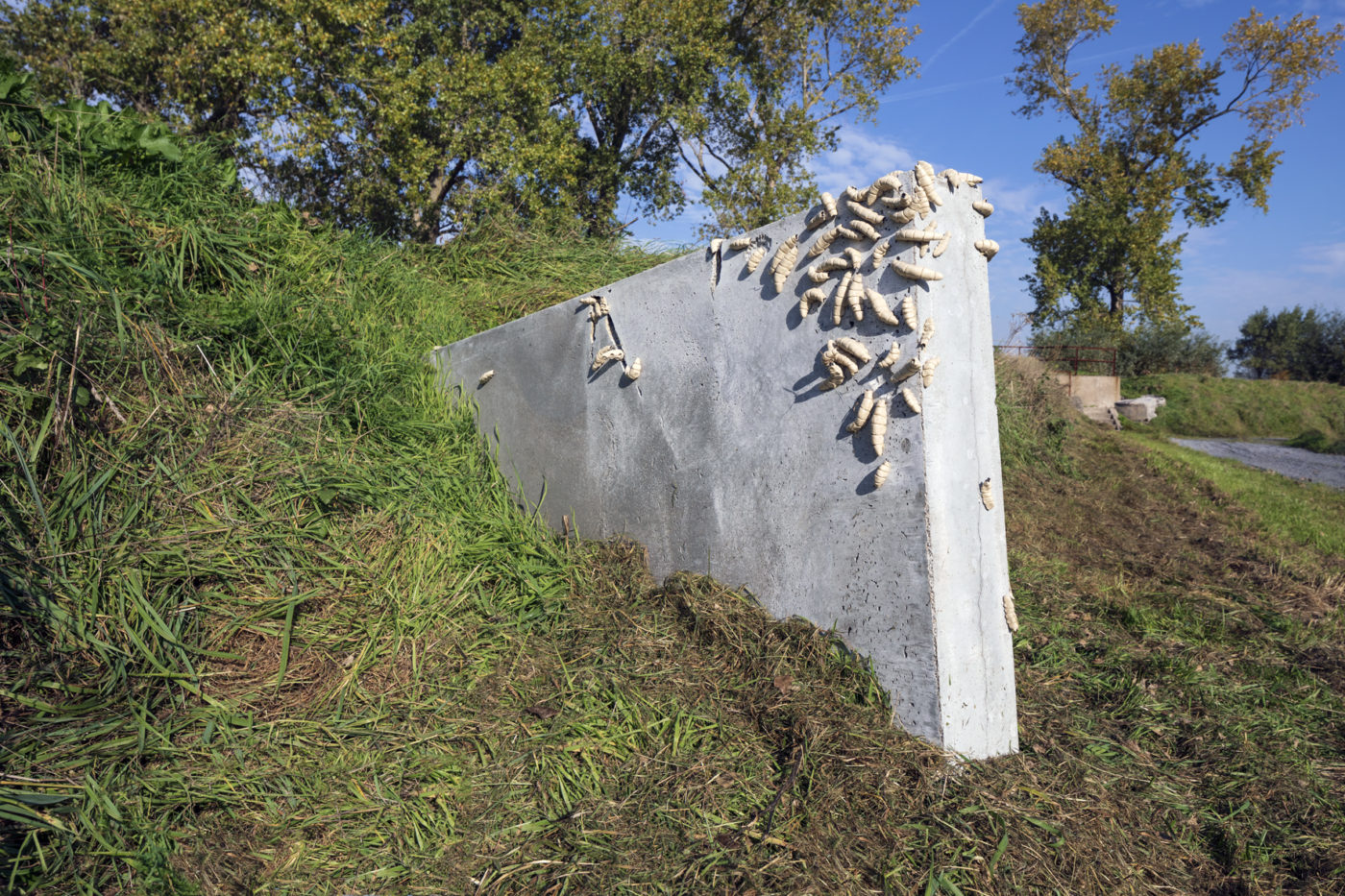 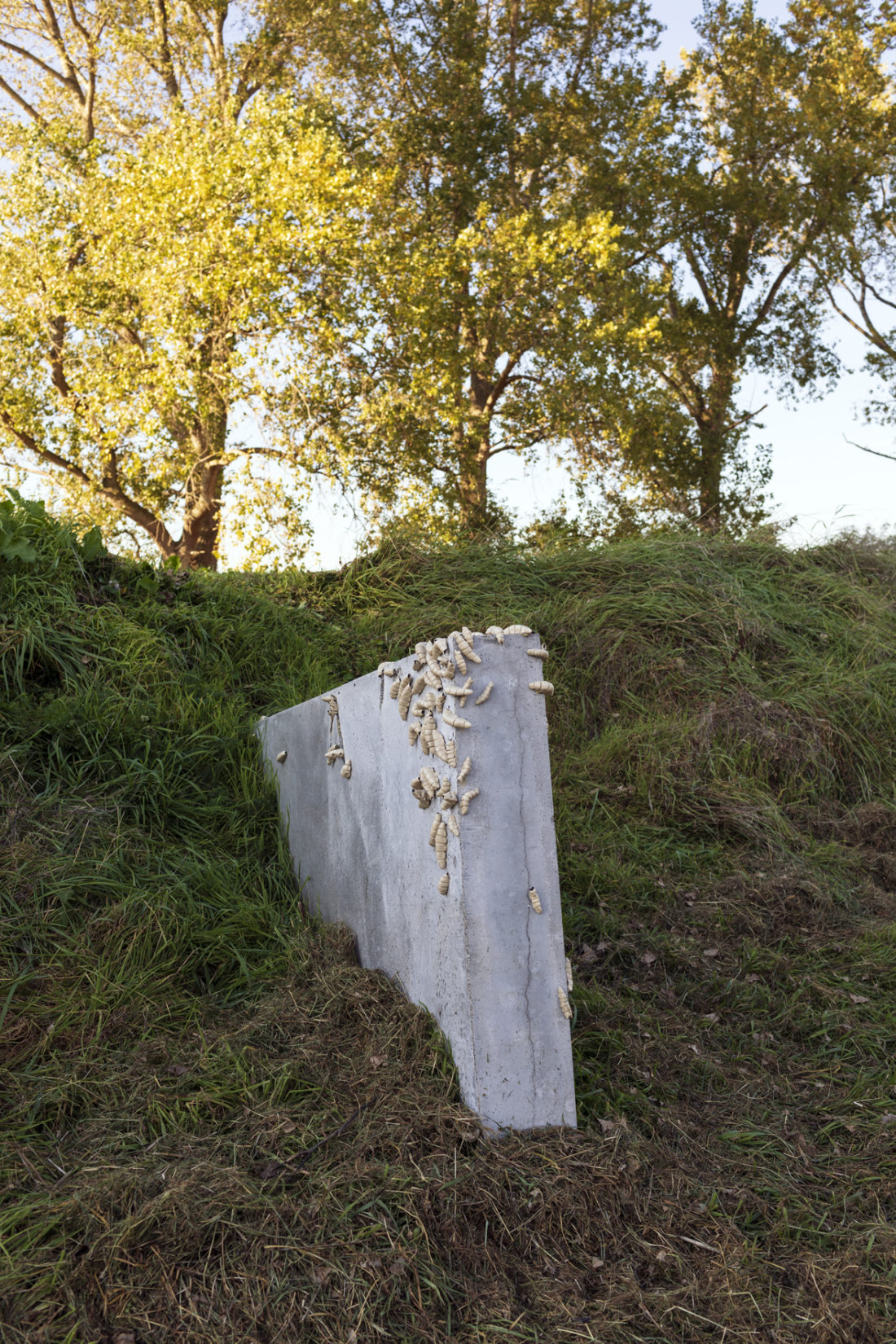 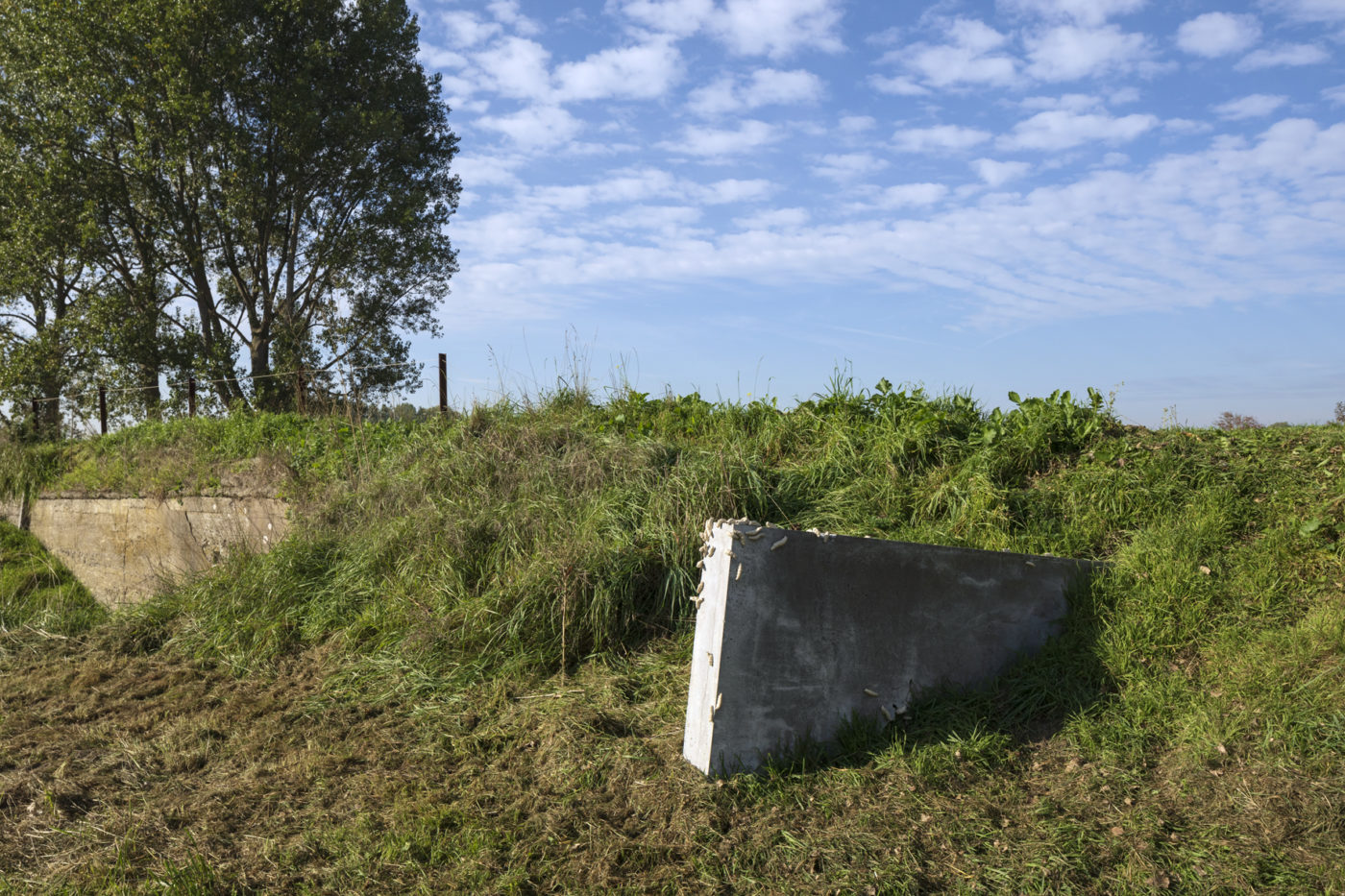