De Hoorn des Overvloeds was originally made in 1972 by Hans Koetsier (1930-1991) on behalf of the Belastingdienst (Tax authorities) in Amstelveen. When the building was demolished in 2006, the statue was saved and a new purpose was sought. After restoration, the statue was placed (in 2010) in a pond in Beukenhorst-Zuid. This symbol was already used in the prosperous Dutch Golden Age where countless buildings in trading towns were decorated with the Hoorn des Overvloeds. As the Dutch economy went well in the early 1970s, it was logical that this classic symbol was used to represent the large tax revenues. Hans Koetsier placed the horn however with the big hole towards the ground, indicating that the wealth comes from the ground. Indeed the Dutch wealth mainly came from natural gas revenues. 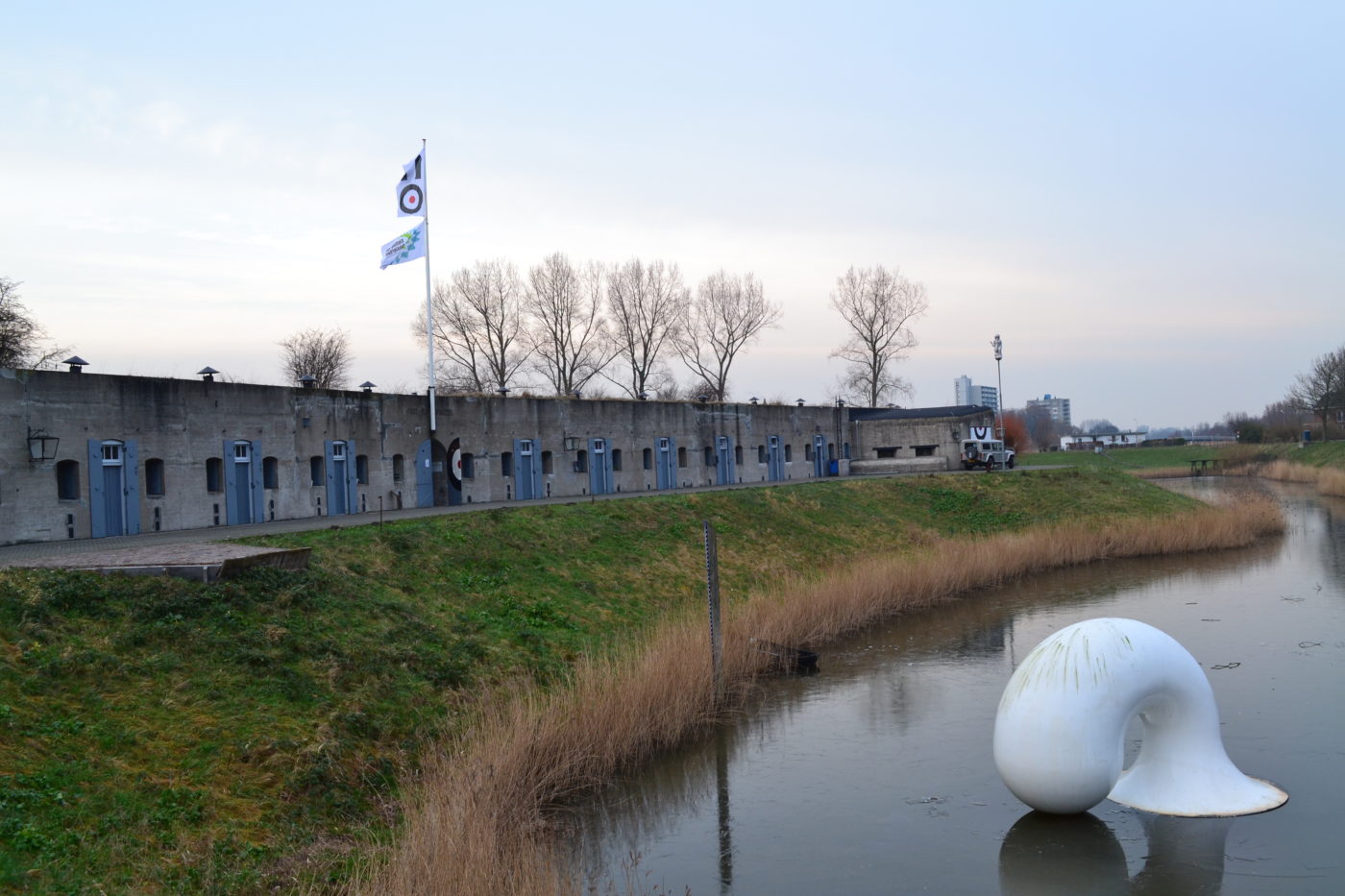 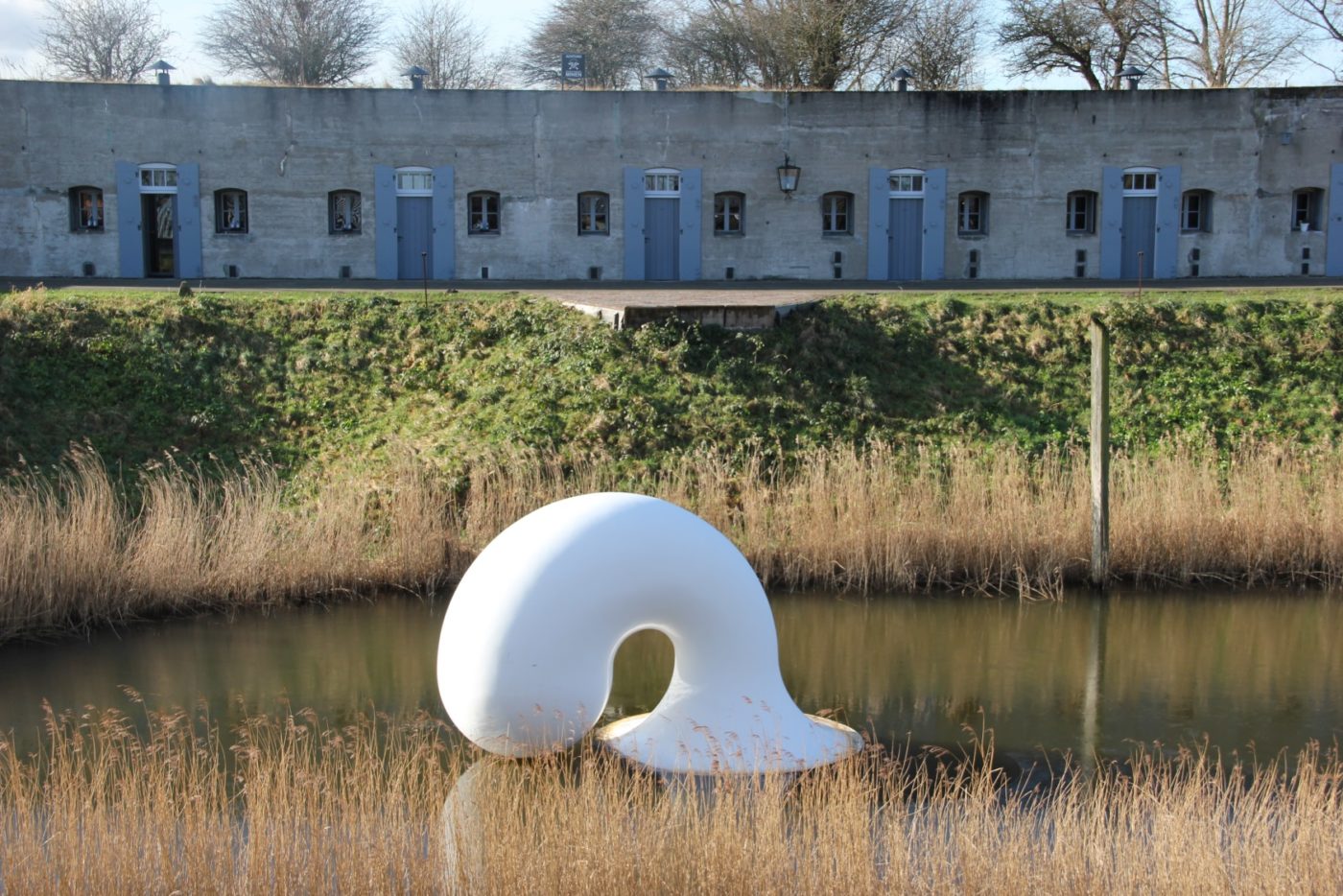 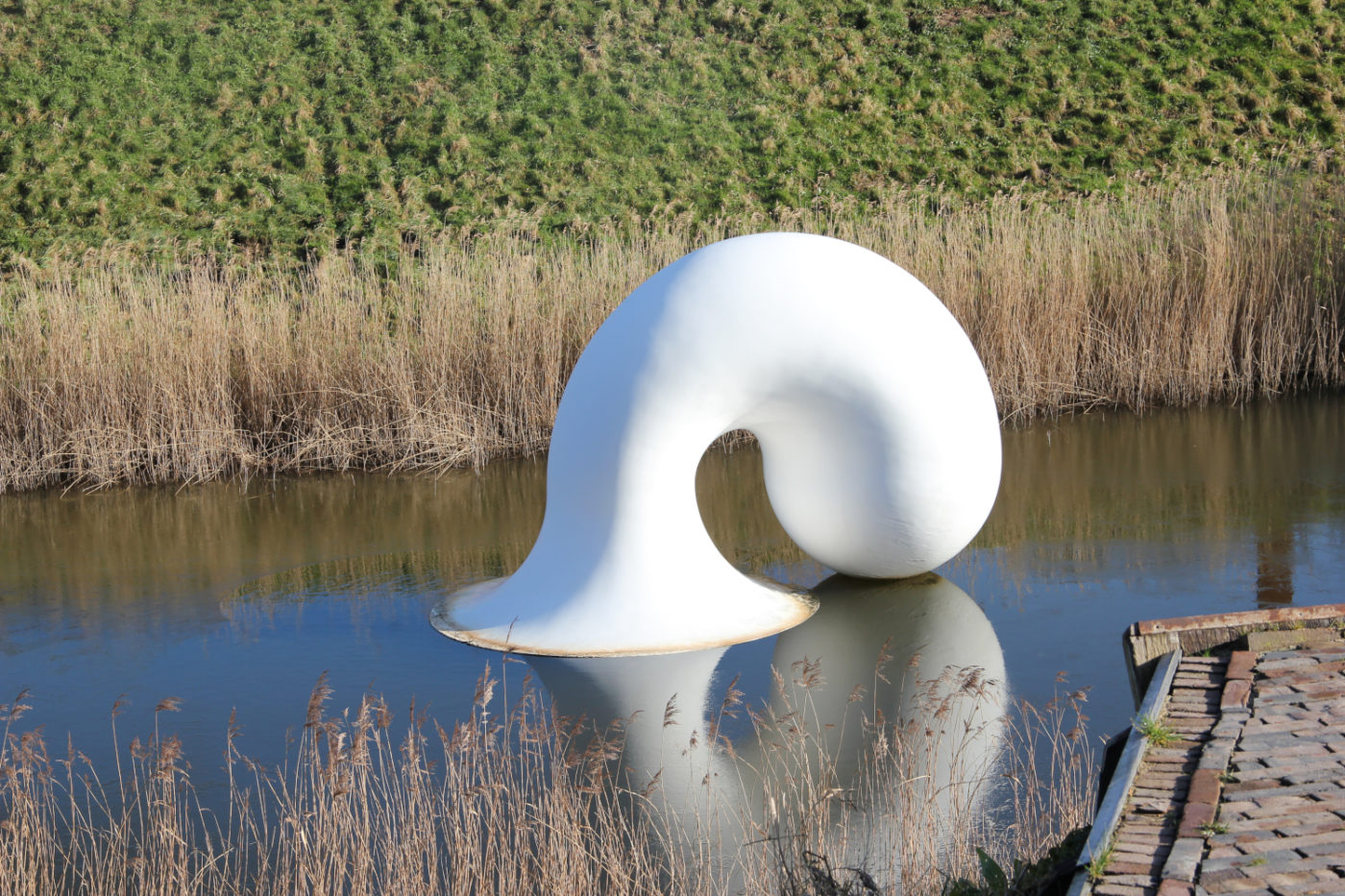