On the first of september the solo show Clear Obscure by internet artist Jan Robert Leegte (1973) ends. I meet Jan Robert a few days before at the back of the exhibition, in the Kunstfort office. Without further ado, we take a walk as he talks me through the exhibition.

Since the shed can be accessed both ways, visitors tend to come from the back. I like it a lot, because the exhibition is very much about the tension between the front and back of machines and systems. There is a strong theatrical aspect. The idea of coming in from behind the scenes or a curtain has a strong presence throughout the exhibitions and is also reflected in the open back of the works on display. They almost function as set pieces, giving off the impression of being in a technical backroom. What’s nice about it is, I used exactly the same construction methods in the academy, because I was already interested at the time in exploring both the front and back of things.

You started making internet art in the nineties, relatively early on. What appealed to you in this medium which was still underground at the time?

When I started out at the academy twenty years ago, I was essentially a classical artist. I wanted to develop a kind of ontology of material and found that it was not yet clearly defined for computers. I was also greatly inspired by someone like Bruce Nauman. For him it was about experiencing the works in space. Those interactions then became the work itself. A typical architectural approach, which also corresponded to my own architectural study in Delft. As a viewer you have to relate to the computer, and something happens within my relationship with it that allows me to observe the medium.

A sharp teacher put me in contact with V2 (an interdisciplinary center for art and media technology in Rotterdam), and once you have one contact, an entire network is made very quickly. From there I ended up at the post-internet club and now, twenty years later, we are still talking about the internet.

I experienced its entire development, but still find it to be an underrated medium, also with regard to media theory. The computer is a fundamentally new machine that I try to approach in different classical ways. I also think it is valuable to relate the computer to existential principles, because I feel that we think too lightly about the existence of machines. Not that machines will destroy humanity, but for the first time we have made something that does its own invisible thing in a systematic way. As programmers, it may seem like we have a grip on it, but that’s simply not true. The internet is broken. Programmers keep trying to patch it back together, but nobody has the keys. It’s poignant how the complexity of the machine can be reduced to a photo with caption. Meanwhile we can simulate the cosmos!

Of course. We are all weak. It also has a function. Often the most basic and easy ideas catch on, and the more complex things are more of a niche thing. Just like this medium, which I have experienced from the beginning. I never expected it to develop the way it did, but that unexpected makes it fascinating.

In a previous solo at Upstream gallery in Amsterdam you referred to the internet as material you can sculpt with. Now the title of this show is Clear Obscure, a reference to the art of painting. Why and in what way do you borrow terms and concepts from other media that your internet art opposes or compares itself to?

Because conceptually I find it a difficult machine to understand, I needed a framework. I tried to get a hold of it through art history, through something we already know. I look a lot at my predecessors and find it interesting to place them in a new light and see if they hold up. As a semi-scientific approach, but with an artistic methodology.

For example, I have previously created work inspired by Yves Klein’s Blue Monochrome. As a homage. And now I have also incorporated this in a lateral way. I installed a kind of canyon with three screens that you walk through as if it were a natural formation. Three documents, a blank document and two Google Earth satellite images dance on a screen. I have previously viewed computers from land art, as an ecosystem that is constantly changing, but this exhibition is mainly about the performative nature of the computer, which is always actively processing. It is a generative machine in which we simulate linearity. These three documents take endless new positions, dancing on the screen to which they must relate. It’s simple, almost clumsy, but at the same time also vivacious. Somehow a formal approach can be playful, which I found out in 2016. LIMA (the Dutch platform for media art, new technology and digital culture) invited me to make new work, and I arranged all the names of works from their archive according to length.

I also read a lot of (media) theory and philosophy on the internet. It’s nice to be thoroughly tested by someone like Janneke Wesseling, and in my writing I am always looking for new ways to explain this phenomenon. Help sometimes comes from very unexpected sources.

Coming back to the work, of course the blue of one of the two Google Earth shots refers to the color of Klein?

Yes, it’s a screenshot of the Pacific Ocean, the lowest point of the earth. And the other screenshot is from the north of Tibet. The highest point of the earth, a region where it is politically difficult and a place where there are many lithium mines with which laptops and telephones are made. These two places as opposites, but also a way to keep relating to the ground and my previous interest in Land art

This interest in Land art is also reflected in the work Synthetic Wilderness (2019). At a previous project in Groningen, I was asked to reflect on nature and climate change. The Dutch landscape is very artificial in places, yet does not seem to be. Apparently it also takes an enormous amount of time and money to make it look that way. Beautiful, but super artificial. Man as a landscape generator. I previously made Land art work with a generator, but I lost the files, making me acutely aware of the strange and volatile status virtual landscape has. It seems like an extremely detailed and stable world,  but it can be deleted with the push of a button. And it is so beautifully detailed that it leaves a sour aftertaste in the way it symbolizes our relationship to a nature that can be so disposable.

I started to see it as a synthetic wilderness and to observe how that relates to the “real” landscape. At the same time I also wanted to show a view of a piece of nature that is in fact a machine in all its performative glory, including sun and a light breeze. The perspective, straight from above, turns the whole into a flat thing, almost a painting. People are not able to see the world so flatly, it is a synthetic view of a synthetic landscape. And yet it has human characteristics.

You mention the term transparency in the text accompanying the exhibition. What triggers you there?

Transparency is a term from programming technology of the 1960s, in which the complexity was concealed and for the first time programming was used in layers that were inaccessible to others. I find it striking and ironic that the term transparency was used, especially considering Steve Jobs who applied the term in the 1980s and made anything but a transparent machine. Intuitive, for sure. But an interface that completely shielded the inside and is therefore far from transparent. Now, of course, we find that problematic.

In Philadelphia there is a reconstruction of the first computer made by Charles Babbage in 1945. It is remarkable to see such a huge machine that can make very advanced calculations and must be manually actuated at the same time. It’s also an aesthetic object, entirely made of polished brass. Back then they were proud of the ingenuity it took, which has since been completely tucked away. Jobs apparently thought it was important that his machines were nice inside, but as a user you don’t get much of it.

Do you see yourself as a user of the machine, or as a critic?

With regard to privacy and hacking, I have the idea that people now know how problematic it is. In my work I refer to the idea of ​​consent as recently laid down by the European Union. We try to curb it, but I can go online and download a package of one hundred million emails and get started. It doesn’t make sense.

Instead, I try to open up a dialogue. In the exhibition you come across drawings. These drawings are my answers to the computer, in which I refer to the clair-obscur technique, which has been annexed by interface design with contrasts and shadows that suggest spatiality. There is also no glass in front of the drawings, so it seems like my answer is trying to make contact with the computer from the other side of the glass. I want to show both the front and back, highlight it from two sides so that both I and the viewer can see and understand it. And it also gives the visitor insight into my interest in working from the inside out and vice versa. The computer is a miraculous device, that should be told and shown more. 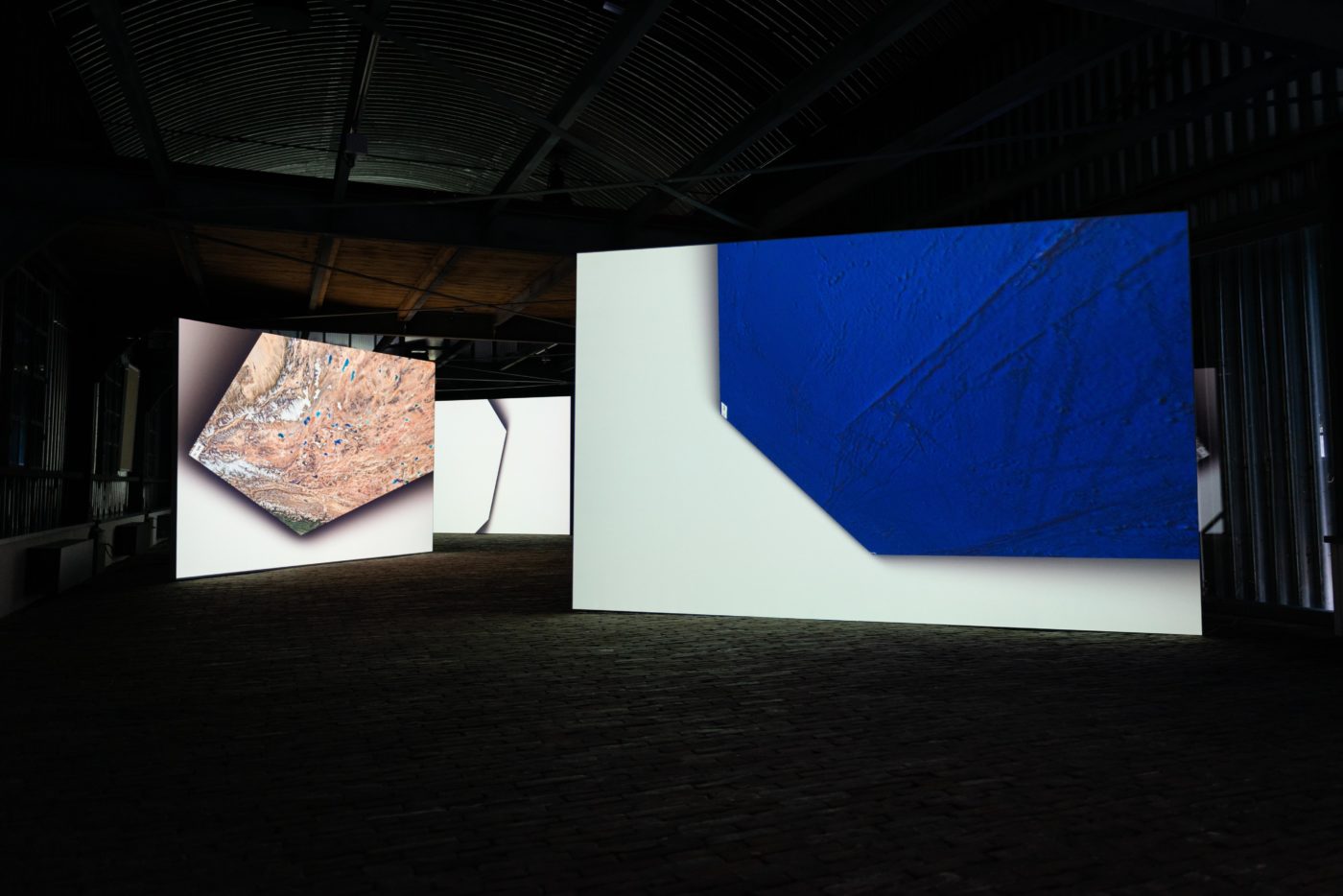 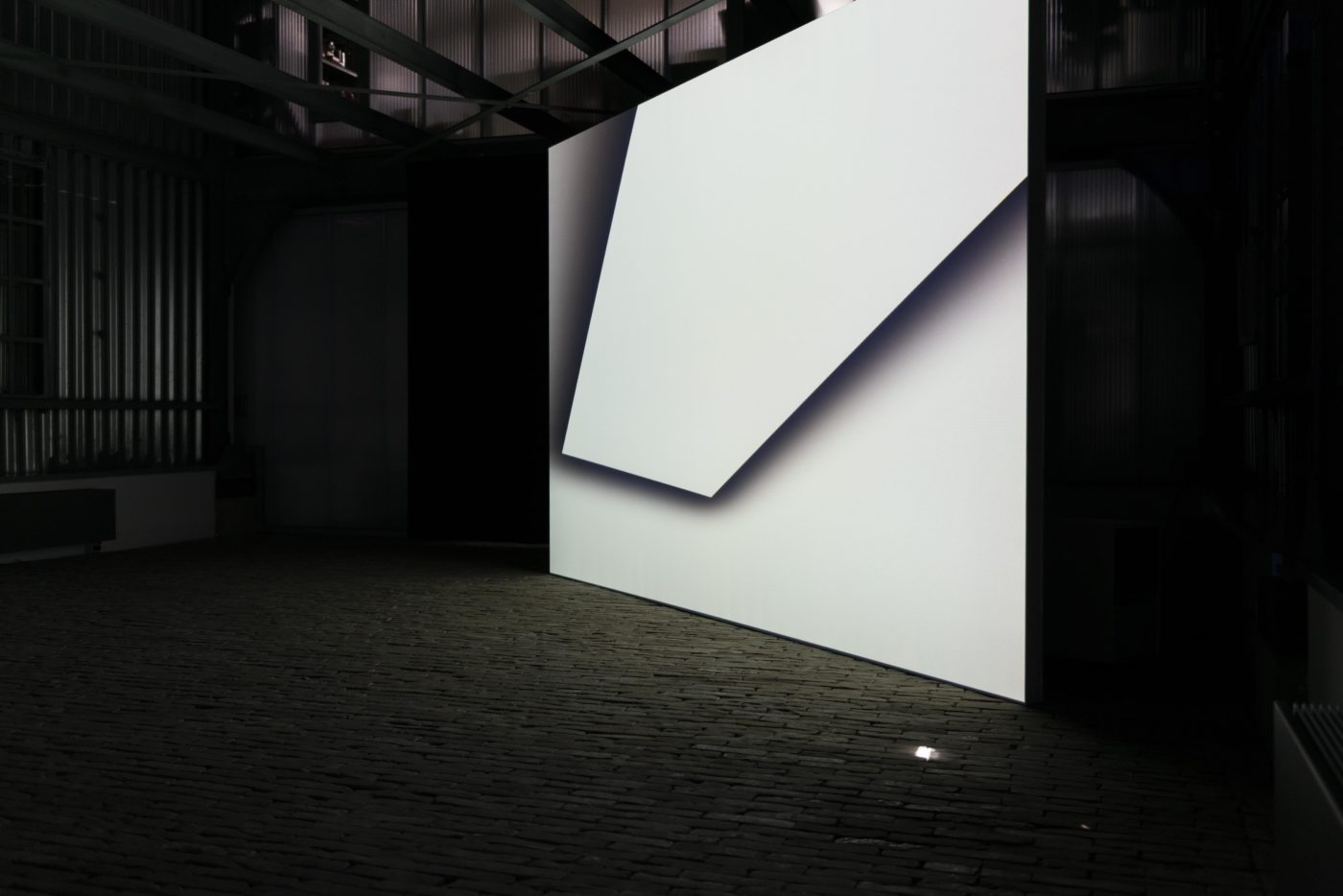 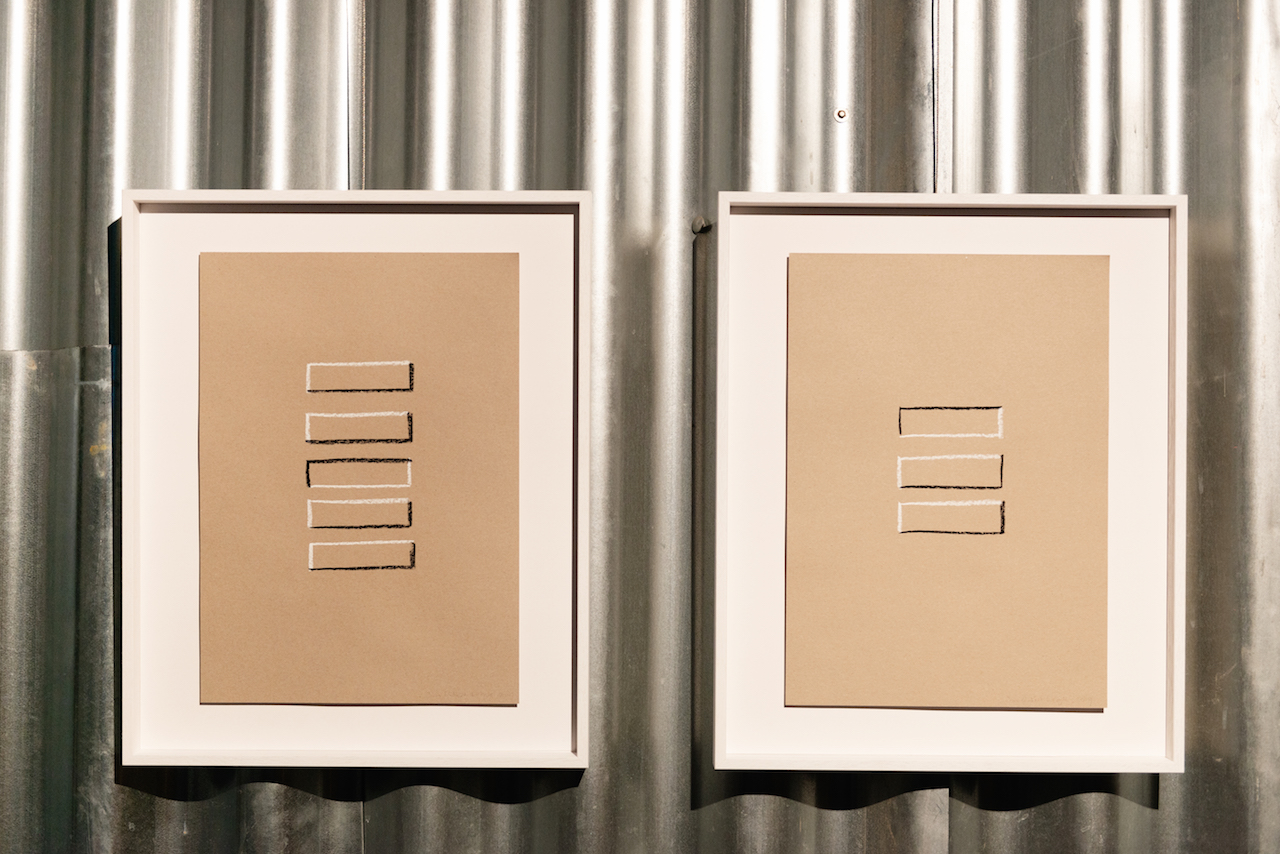