Miriam van Ommeren: Daring to think about a different future

With her video installation ‘Phoenix’s Last Song’, artist Dorine van Meel takes part in the summer exhibition ‘Plural Fertilities’. The work refers to science-fiction and future thinking, two themes that have played a central role in the programming of Kunstfort Vijfhuizen since 2016. In a previous collaboration, director and curator Zippora Elders interviewed Van Meel with regard to the Southern Summer School that she had just initiated. Miriam van Ommeren speaks to Van Meel about politics, parenthood and Plural Wombs.

With her work, Dorine van Meel is at the intersection of (video) installation, sculpture and performance. Collaborations are an important part of her practice. After graduating from the Rietveld Academy in Amsterdam, Van Meel completed a Masters of Fine Art at Goldsmiths College in London in 2014. She has been based in Berlin for the past five years, but her practice remains internationally oriented.
Those years in London were very formative for the artist, and not solely when it came to Van Meel’s practical and educational development. “The political dimension of my work has clearly developed there,” she explains. “In London I was confronted with the question of what it means to be an artist, in this time and in this world. What are the burning questions that need to be asked? And how do I, as an artist, relate to those questions? Ten years ago the Dutch art education in general knew very little critical discourse, but in London and at Goldsmiths I entered a completely different world.”
This process of awareness was reinforced by the different guest lectures offered to the students, by various writers and thinkers. But simply living and working in the city of London also opened her eyes. “London is a pre-eminent place when it comes to the way capitalism works, the inequalities between people it can create and how that system is maintained.”

Rise from the ashes

‘Phoenix’s Last Song’ was developed in 2019 for a solo exhibition at Hotel Maria Kapel in Hoorn. It translates the myth of the phoenix, the mythical creature that was able to rise from its own ashes, to the perspective of an unborn baby. In the voice over, the child is invited by the phoenix to enter the world in which it will be born with an open mind, and to step above prevailing (power) structures and views about education, family and hierarchy. With this work Van Meel extends this invitation to the viewer.

My child, my child, you will be born,

out of the powder that is my ashes.

And you shall be, child of your mother,

you will not turn away your face.

I will teach you how to smile, but not in service of men.
Show you to be strong, but not in order to dominate.
And if you play the trumpet, it will not be for the battlefield.

“‘Phoenix’s Last Song’ addresses the courage to think about a different future,” says Van Meel. “And it asks what is necessary for that future, with regard to the world we live in and the way in which we relate to each other. I believe there is another way to be strong, and that strength can manifest itself in many ways without reverting to existing structures and power relations. It is definitely one of my most hopeful works.”

The Political Dimension of Parenting
The installation was inspired by Van Meel’s own upcoming parenthood. “I was pregnant with my first child and was very concerned with the world I would bring my child into, and how my child could move, develop and sustain itself in that world. And of course with the question of how my child could contribute to that world for the better.” A continuous questioning of the status quo. Van Meel even wants to question the basic fact of “parenting”; she wants to be able to think, and most of all live beyond normative ideas about parenting. This also underlies Plural Wombs, a collaborative project that challenges prevailing views on reproductive justice, the “nuclear family”, and the political dimension of parenthood. “With Plural Wombs I have opened up this personal process, as it were, to the outside world, in order to multiply the perspectives and voices that I develop within this.” The project initially took the form of a series of small-scale workshops and performances that would be staged in different cities. The project started in artspace W139 (Amsterdam) in January 2020, but was put on hold due to the pandemic. Van Meel decided to continue the project online.

The Plural Wombs Research Group, set up in collaboration with Kunstfort bij Vijfhuizen, aims to introduce and discuss in depth the work of various relevant writers, thinkers and activists. The sessions are open to the public and the lectures can be viewed online. It is these writers, thinkers and activists that inspire Van Meel and often challenge her in her work and her life. “I think Audre Lorde’s work is very appropriate for the present day, for example, because it invites the reader to think about change and to work towards it. Another important work is Adrienne Rich’s Of Woman Born: Motherhood as Experience and Institution, which specifically addresses patriarchal society and motherhood as an institution.” More recent works are also featured in Plural Wombs Research Group, such as Lesley-Ann Brown’s Decolonial Daughter: Letters from a Black Woman to the European Son, published in 2017. Brown also participates in the project and gave a lecture at the end of June on the problems of historical and current colonial structures and racism, viewed from the work of writer bell hooks.

Van Meel describes Plural Wombs itself as an ongoing dialogue; with other artists and with the books being featured. The project is cross-border and cross-disciplinary, just like the rest of her practice. “I need other artists around me to approach this process in their own way and add value to it; from a queer feminist perspective and a colonial perspective. As long as the political alignment is matched, I aim for a wide variety of voices.” The end of the project is therefore definitely not yet in sight, and Plural Wombs can develop in any direction. Van Meel does not exclude the reintroduction of performances, and publications are also possible.

Towards another world; but how?
Finally, I ask Van Meel about her opinion with regard to the current social shifts taking place in the US and Europe. As far as she is concerned, the question “How can art change the world?” can only be approached with a multitude of different answers, and a willingness to think about it continuously. Van Meel: “To what extent are you willing to take responsibility for injustice in the world every day, and are you able to face that injustice? In all aspects of your life and work? Those are the questions we have to ask ourselves over and over, and that is what we have to act on. I think that structural changes are possible if people allow these to be daily questions.”

Many people, as well as institutions, also within the visual arts, would benefit from maintaining the status quo, Van Meel thinks. “When I say I believe art can change the world, I’m not talking about the mainstream art world. I’m talking about individual artists and certain art institutions. About the new generation, such as the generation of my students, who fortunately are much more engaged and invested than my own generation was.”

Miriam van Ommeren is an art historian and works as a freelance writer/editor. 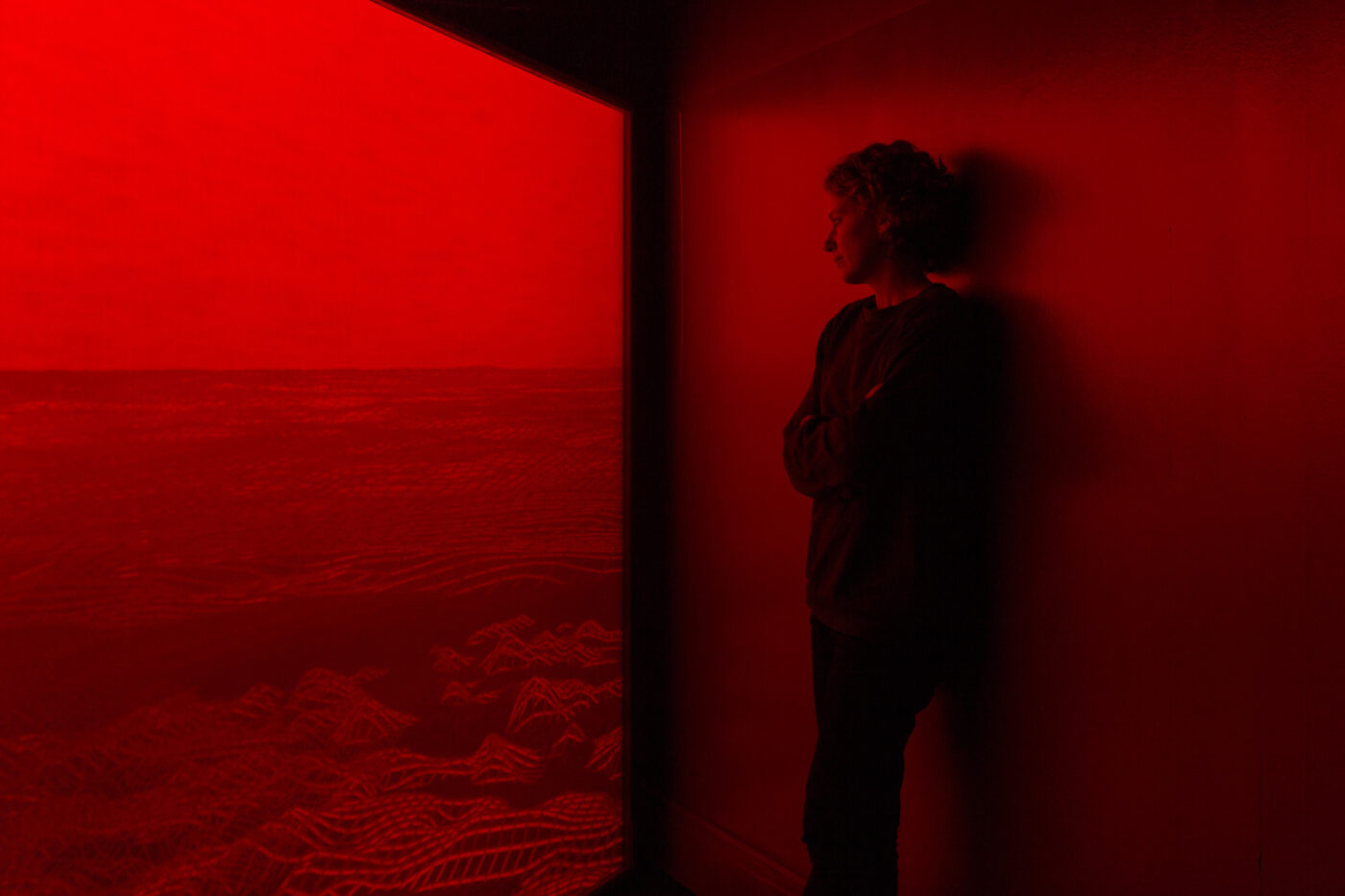 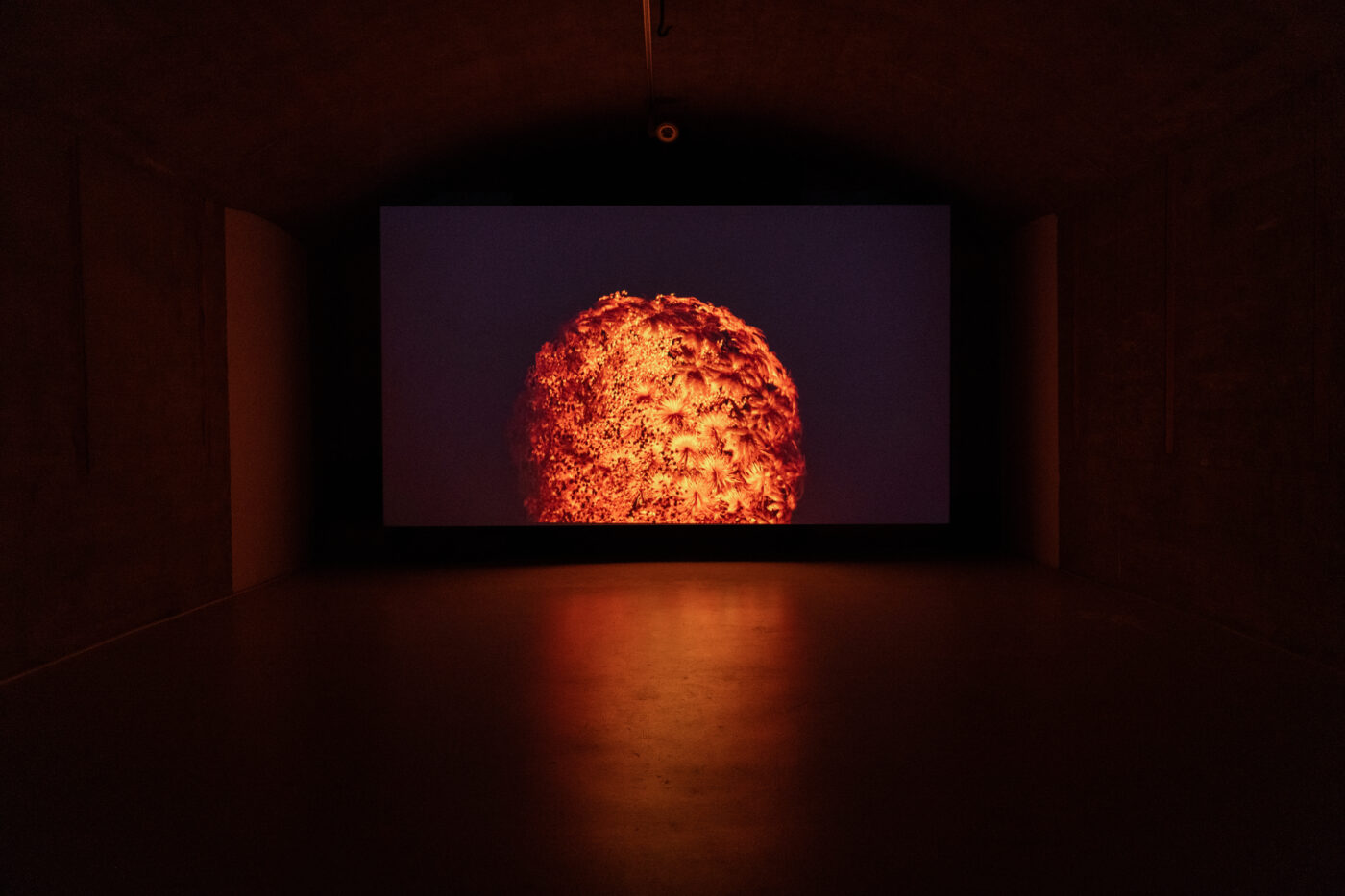