Ziwzih-Ziwzih-OO-OO-OO is a multichannel video installation that considers connections between the voice, technology and embodiment in order to retrace feminist lineages and posit the idea of a cultural haunting.

Sophie Lee brings into constellation an ensemble cast of characters from disparate historical moments: the inventor of the telephone Alexander Graham Bell, his deaf wife Mabel, the Furies of Greek mythology, functioning here as a part time chorus, a spiritual medium and a disembodied voice. This voice operates at times with the distance of a traditional voice over, and at others within the very narrative fabric of the film, in these moments taking on the character of ‘the ghost’.

We encounter the Bells at home, witness a séance, watch the Medium alone in an empty disco cq. bunker. The dialogue comprises a dense network of quotations, including from Anne Carson, Wayne Koestenbaum, the 1996 movie The Craft, Pythagoras and Pierre Schaeffer, and in this way uses the performers as interfaces with which to ‘channel’ other voices, exploring how repetition, echoes and feedback loops are inherent in the narratives we build of both the future and the past.

The installation further fractures the narrative creating a multi sensory experience. The space of the fort is echoed: through this the Kunstfort is positioned as the liminal space of the medium, out of time, freed from history. The soundtrack is written by Shelley Parker, with additional music by Björn Castillano and Pitt Wenniger. 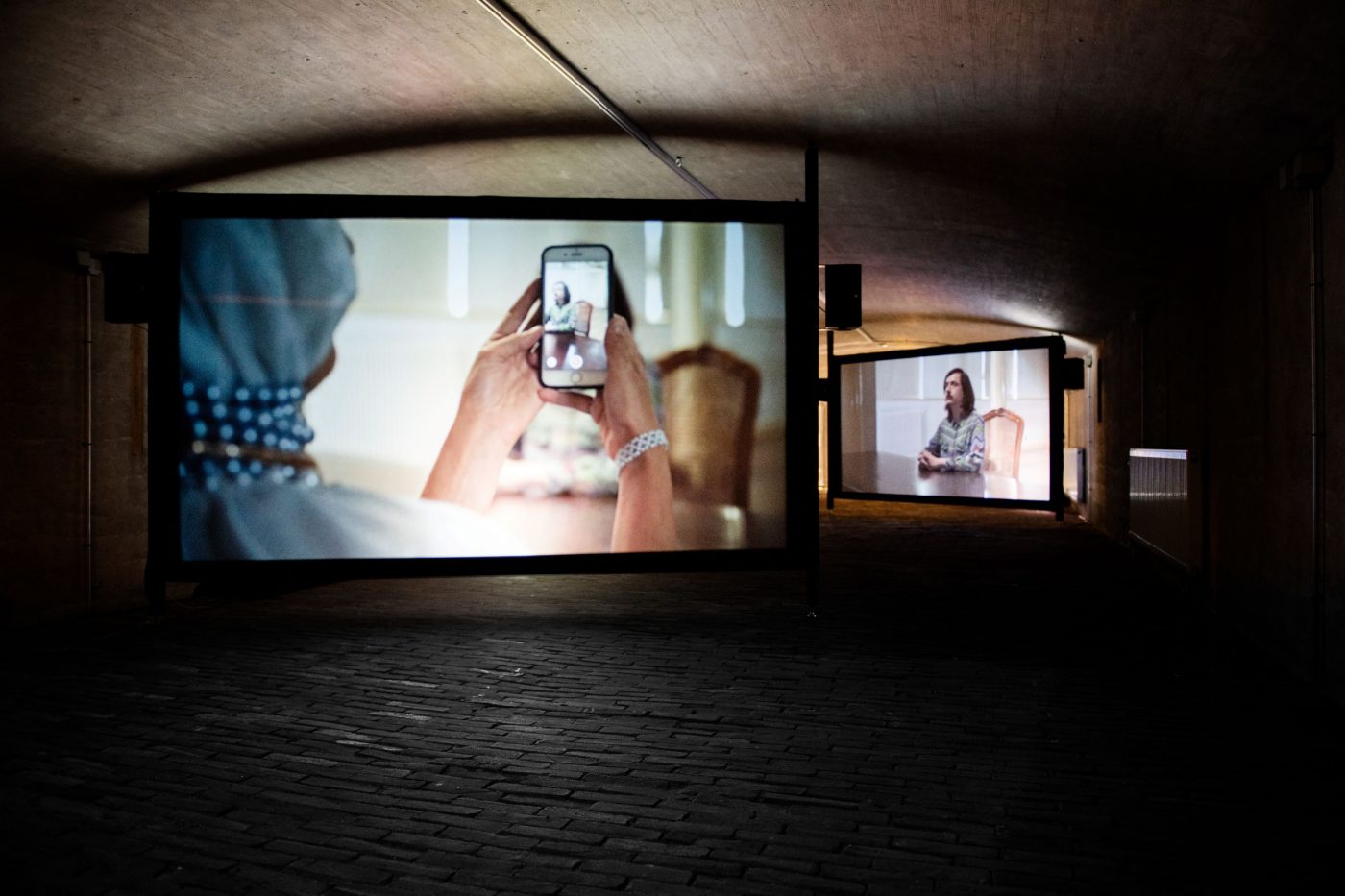 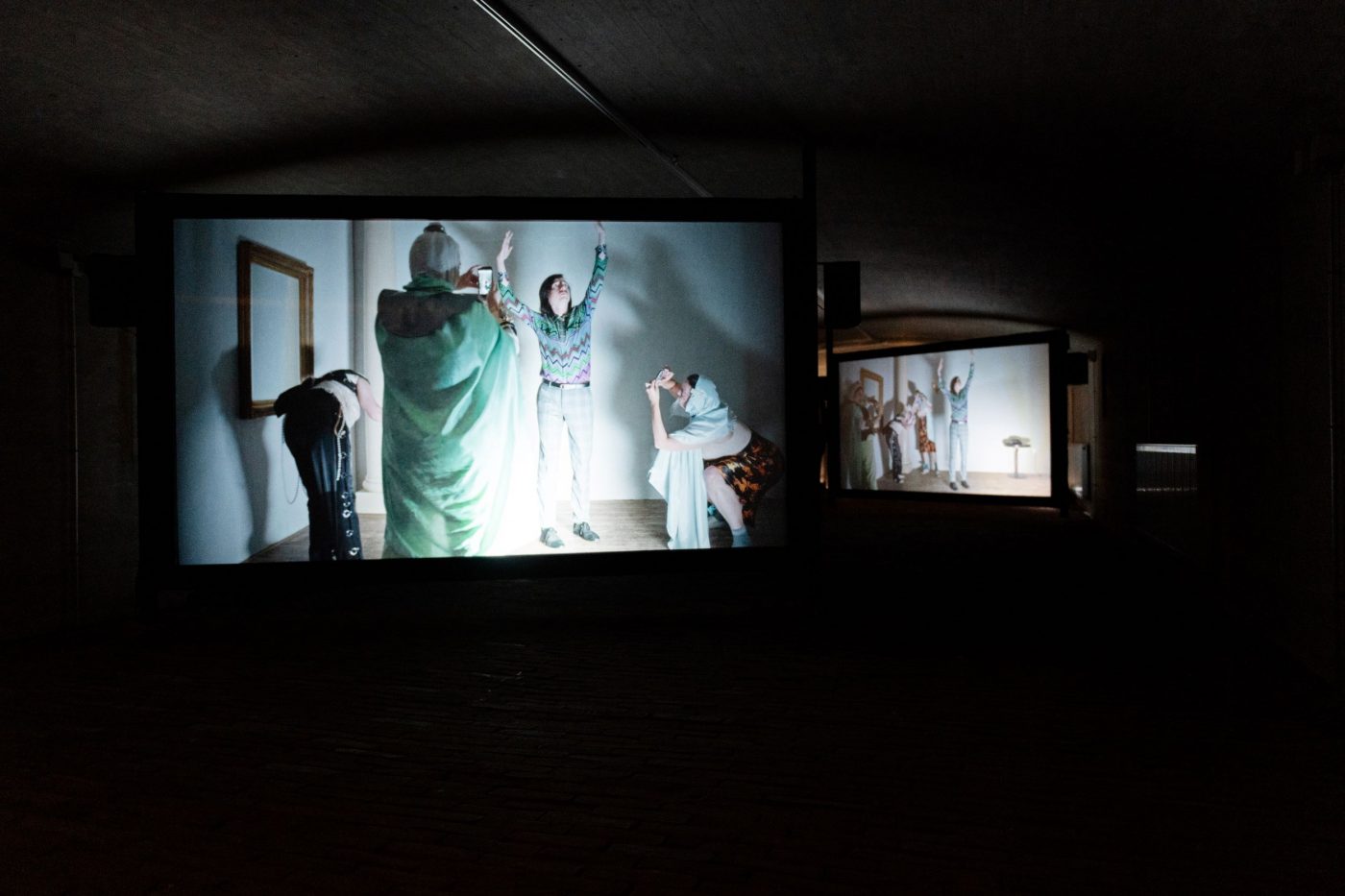 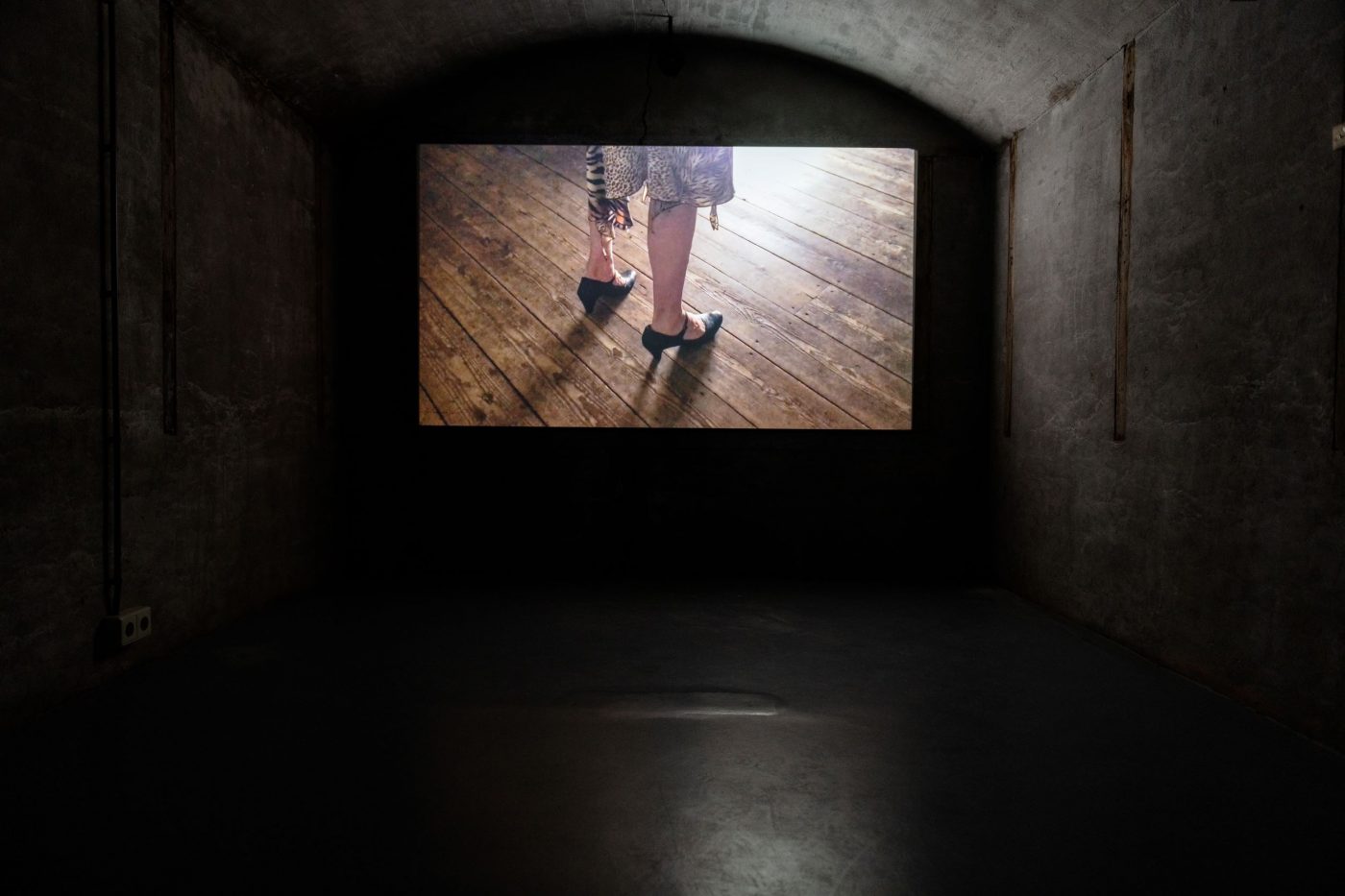 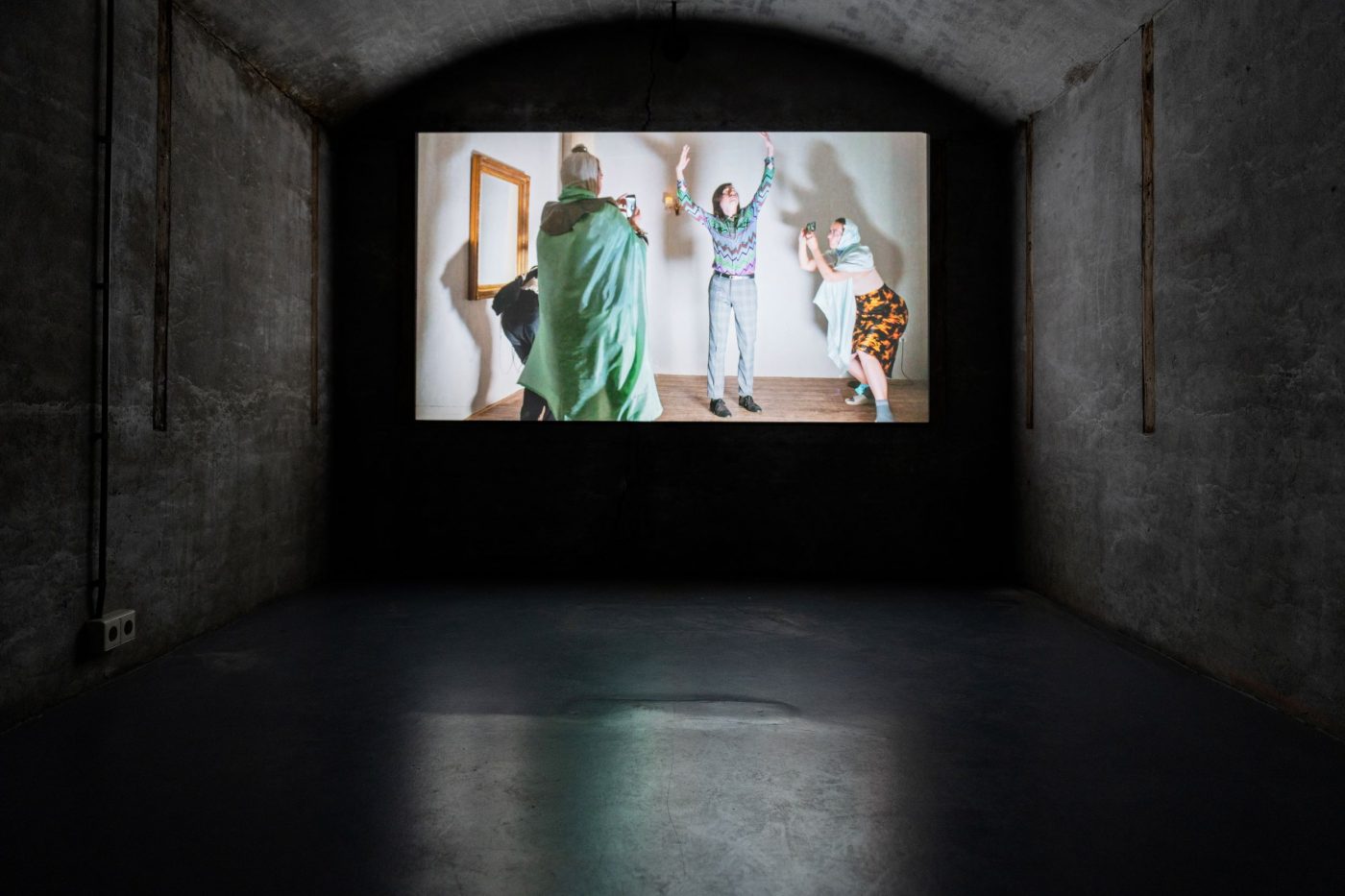 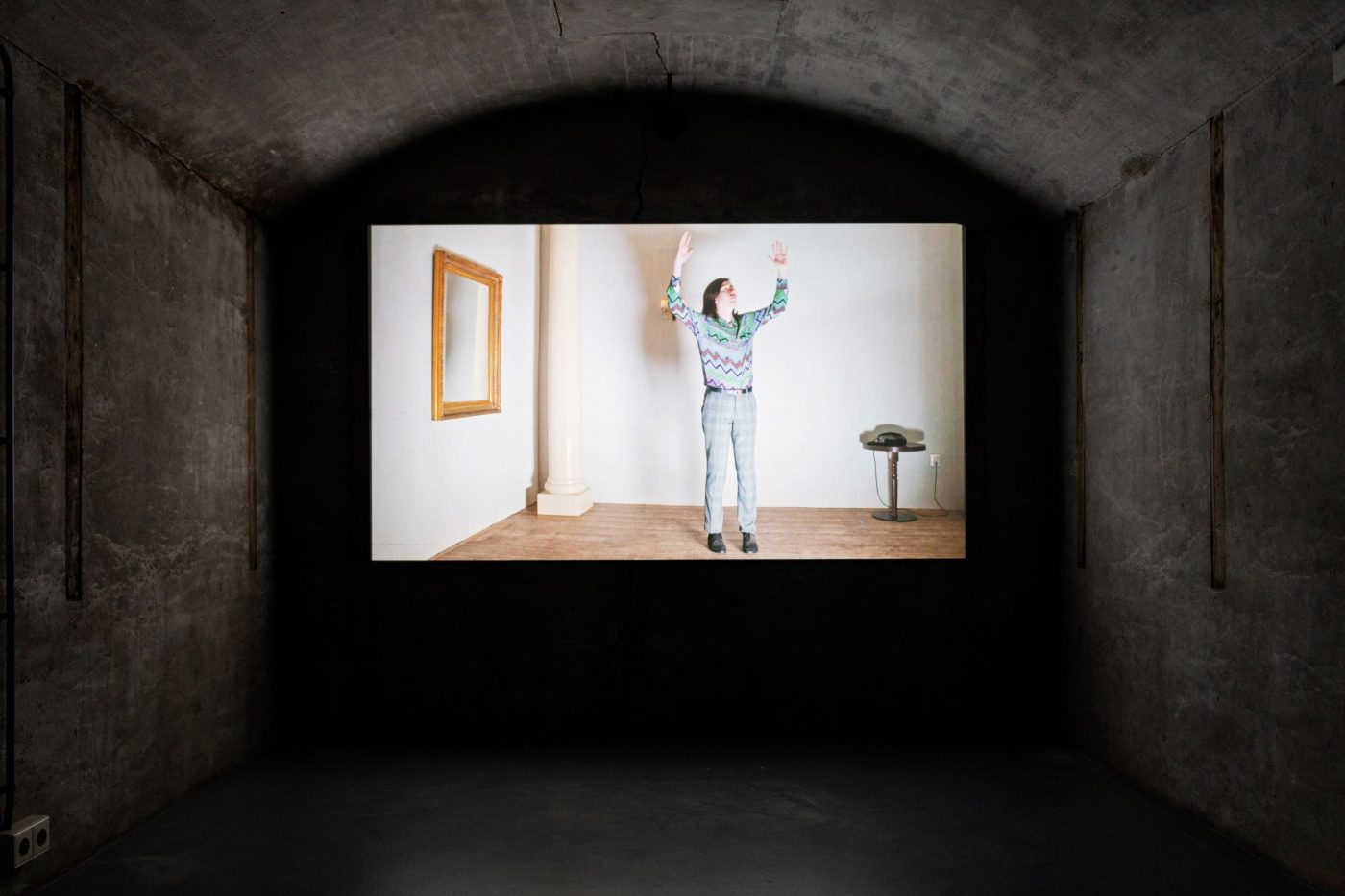 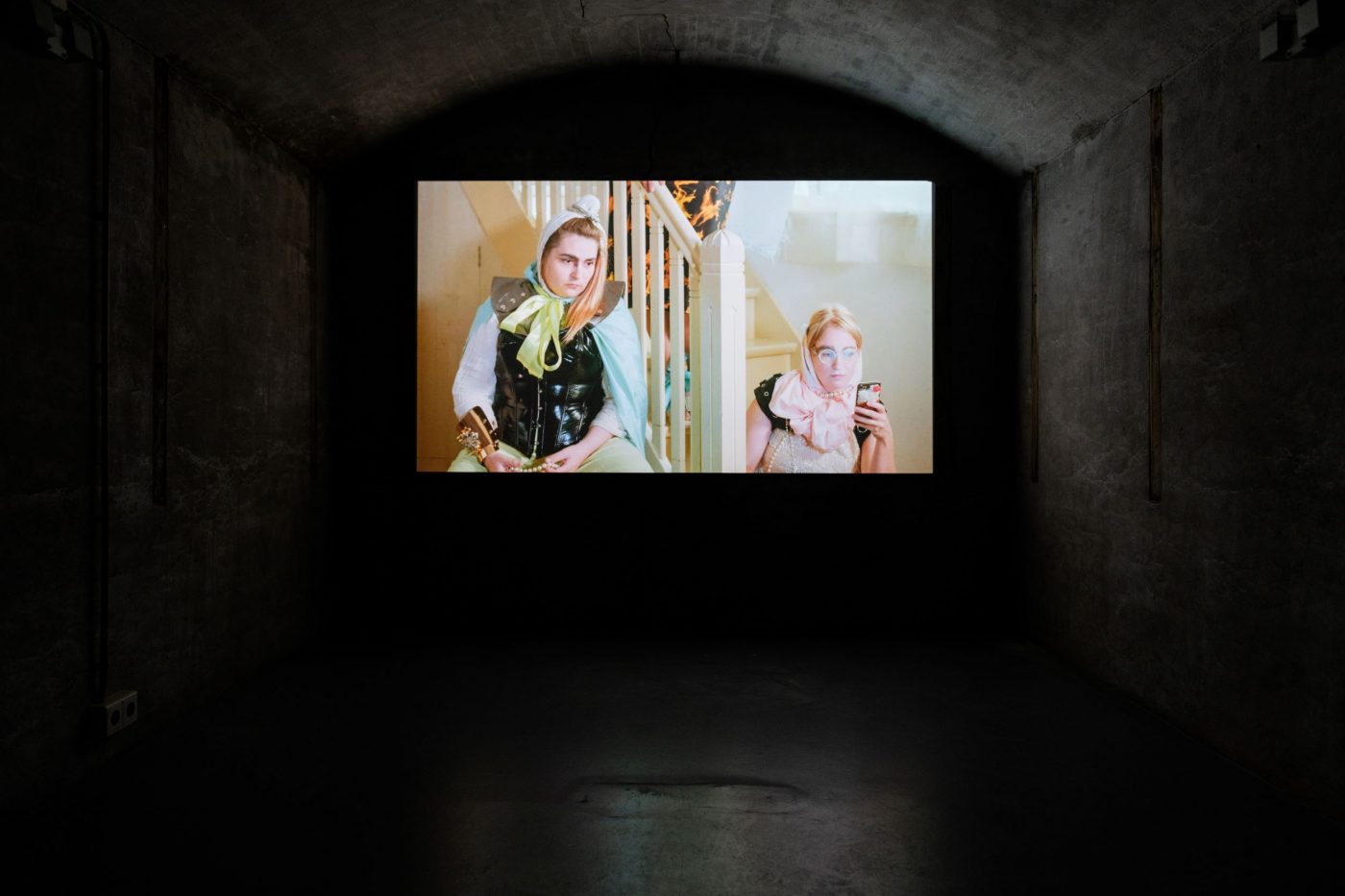 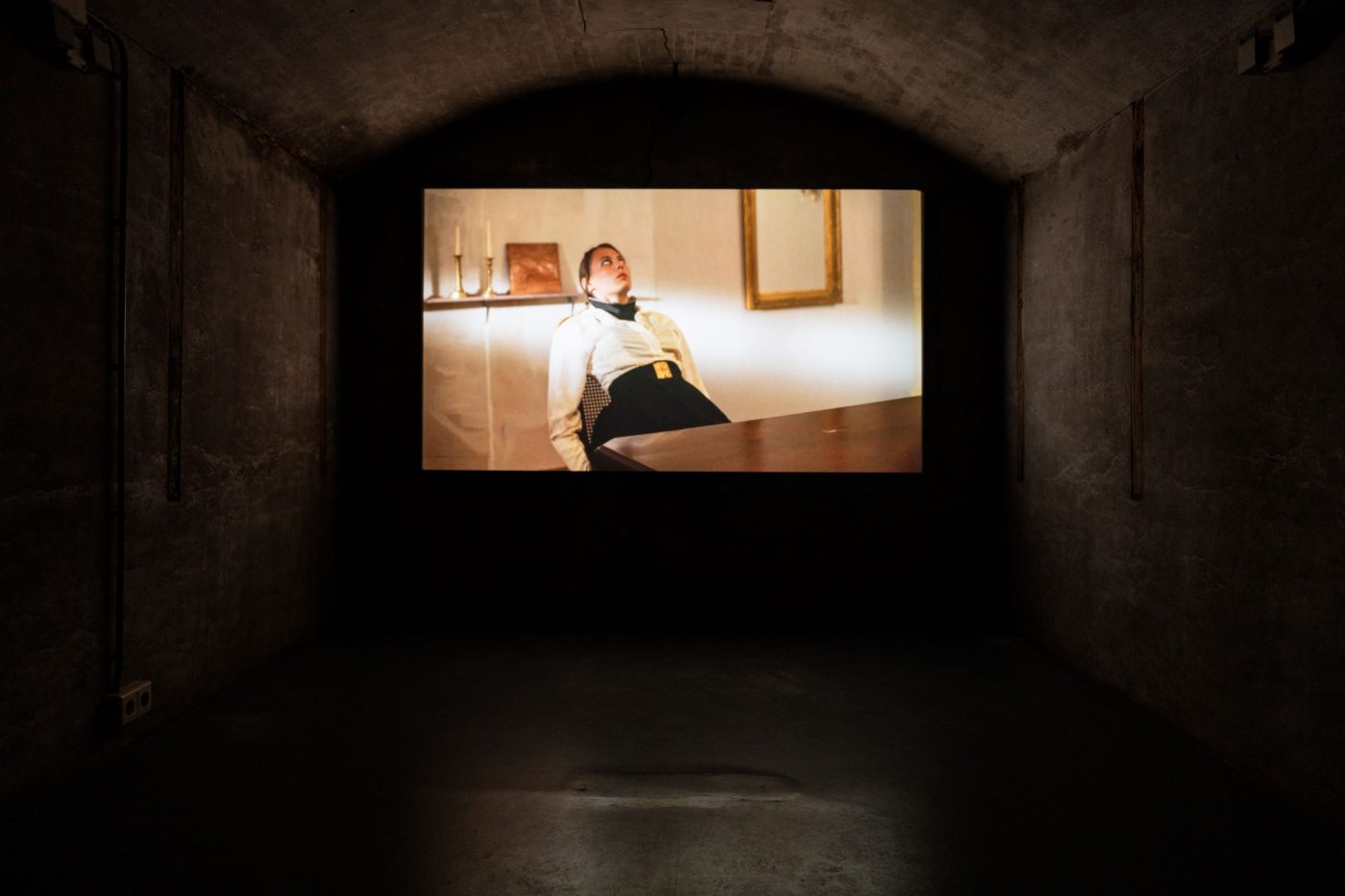 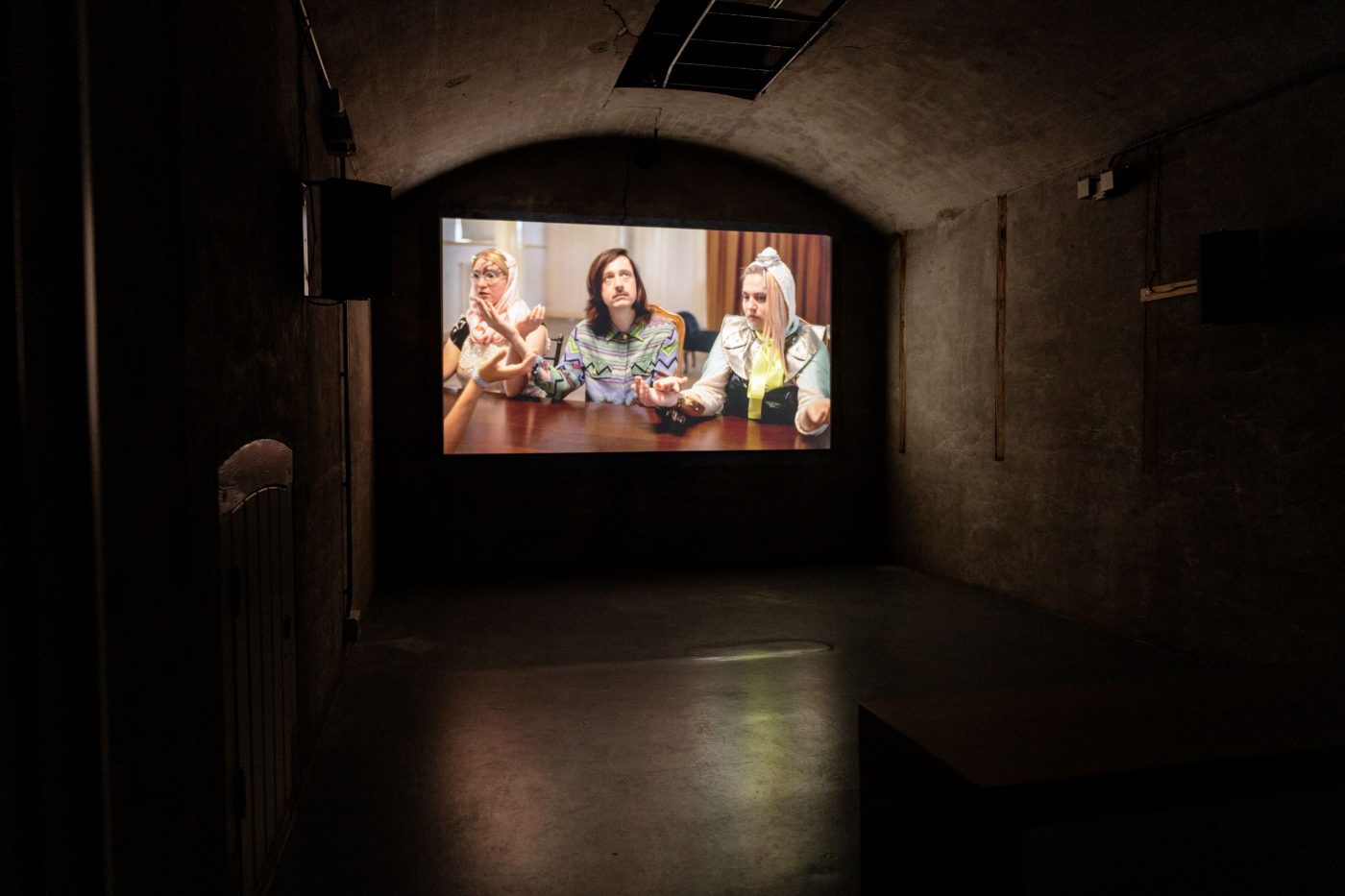 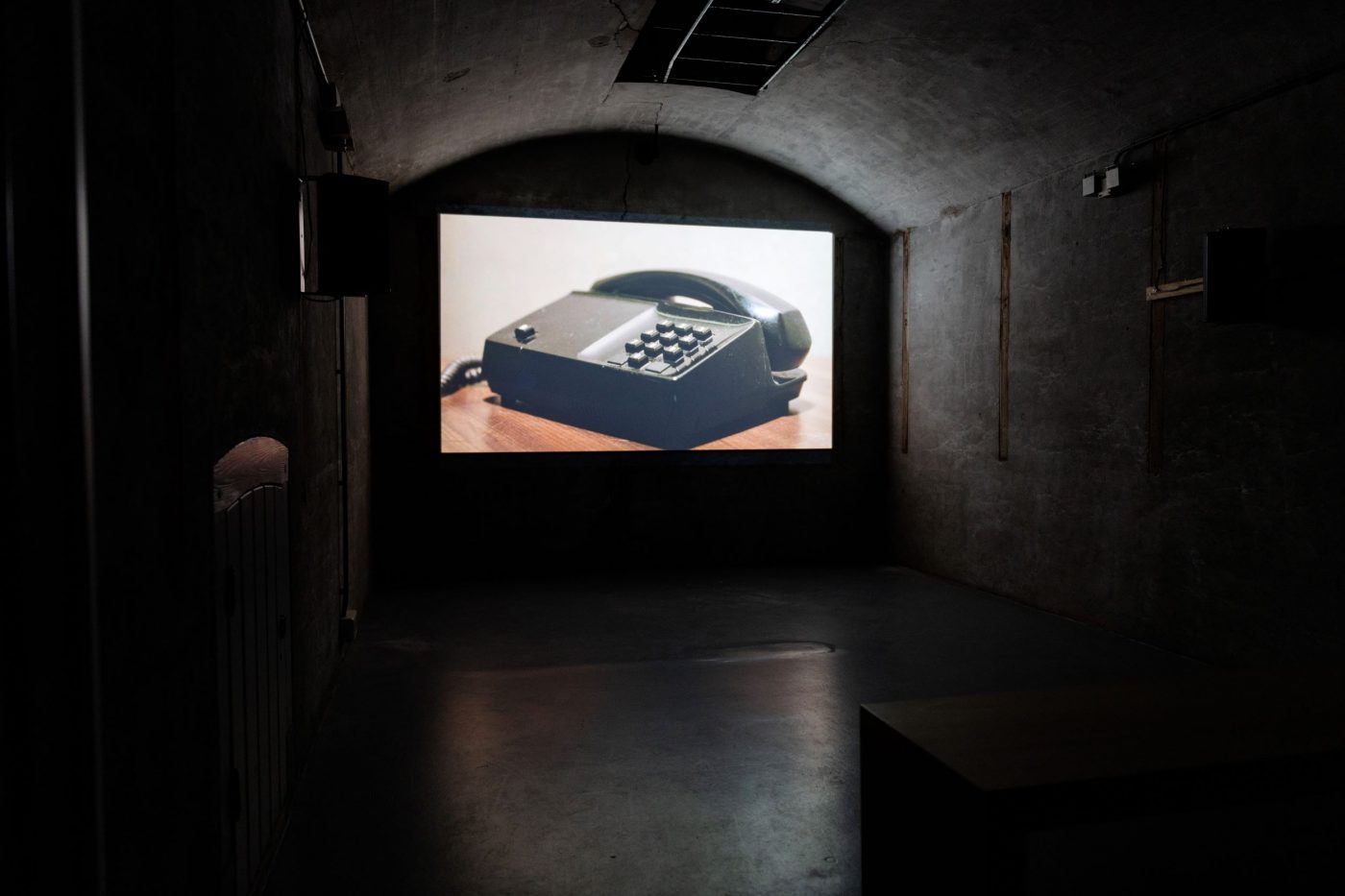 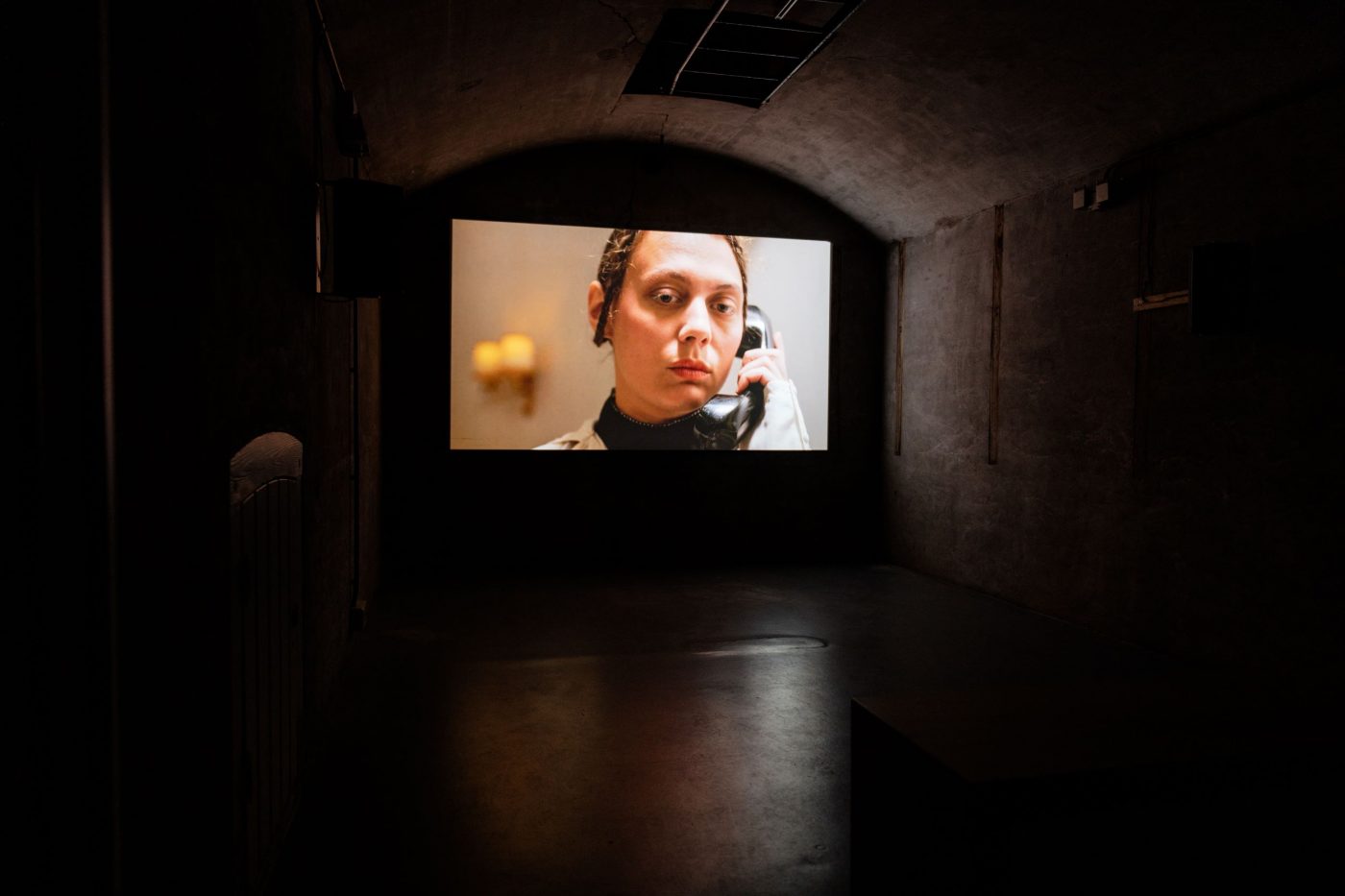 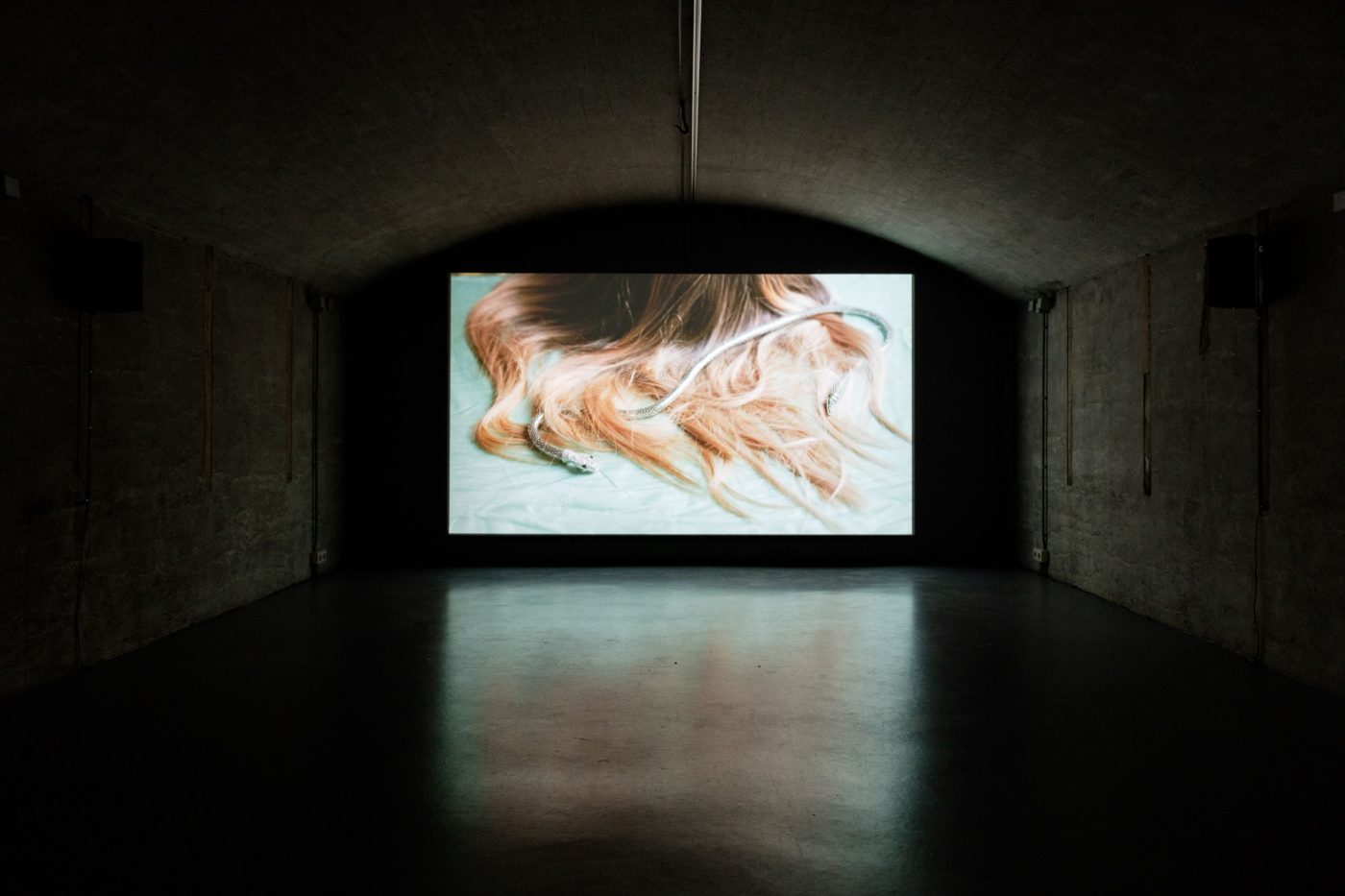 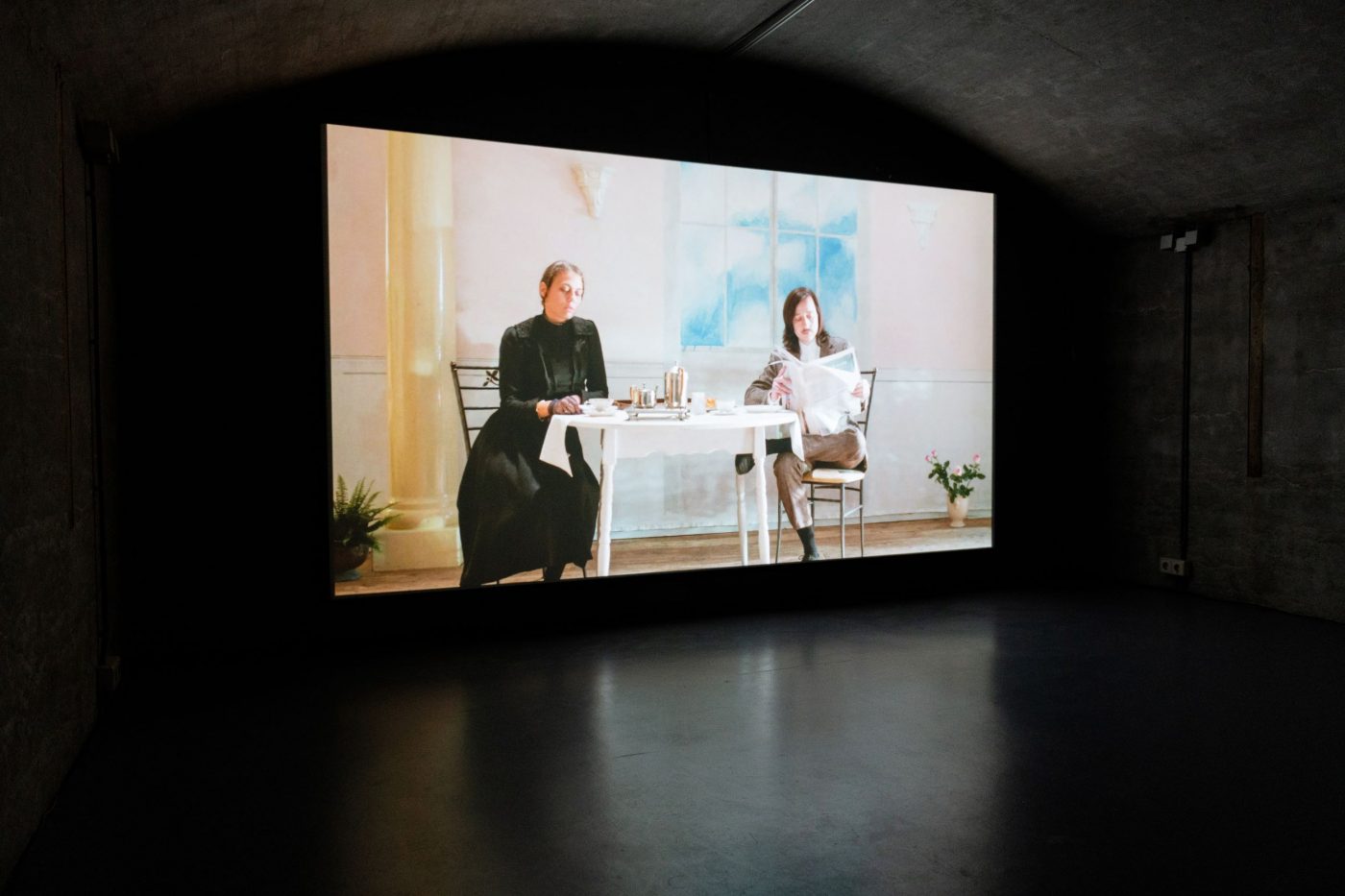 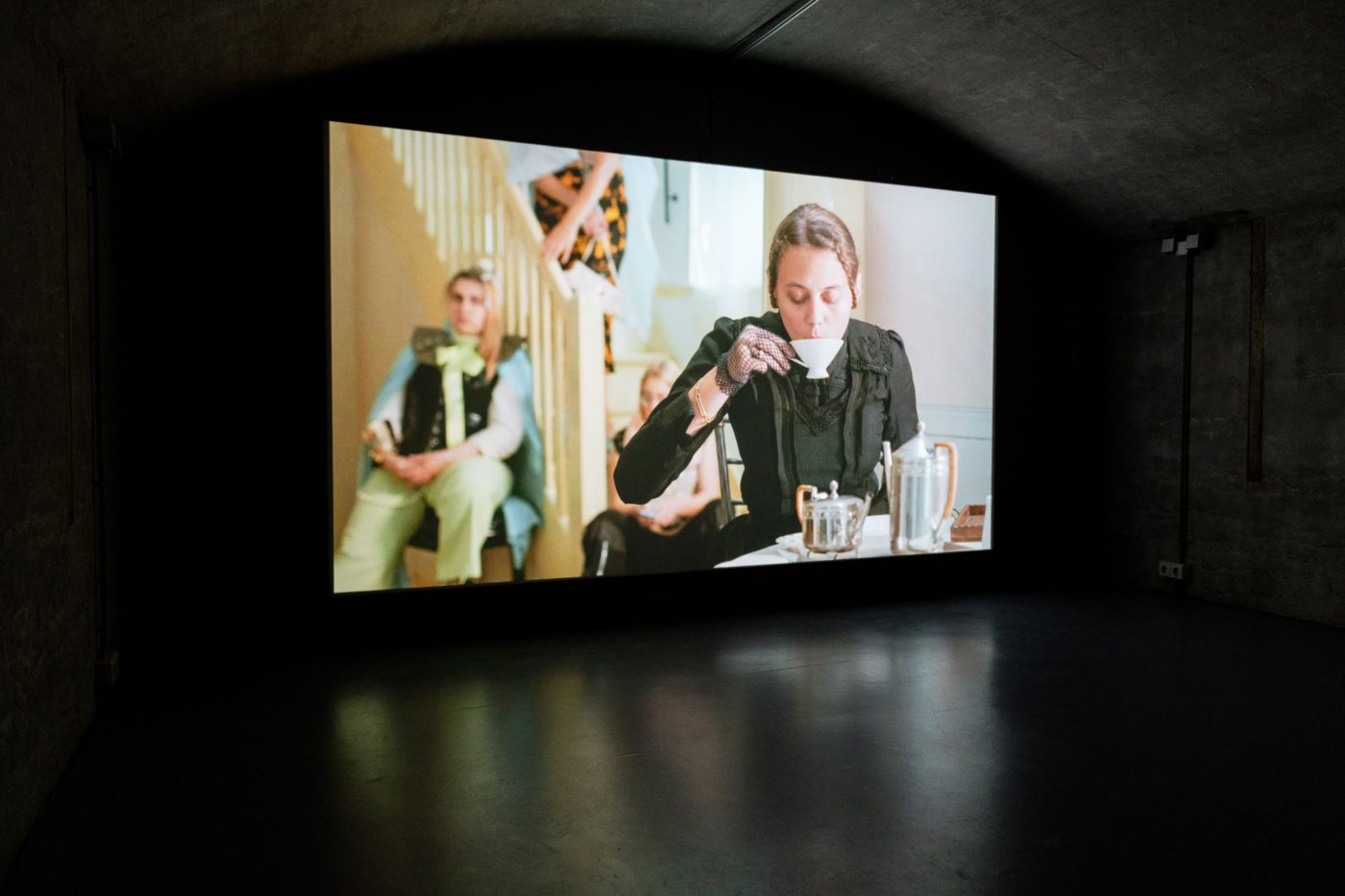 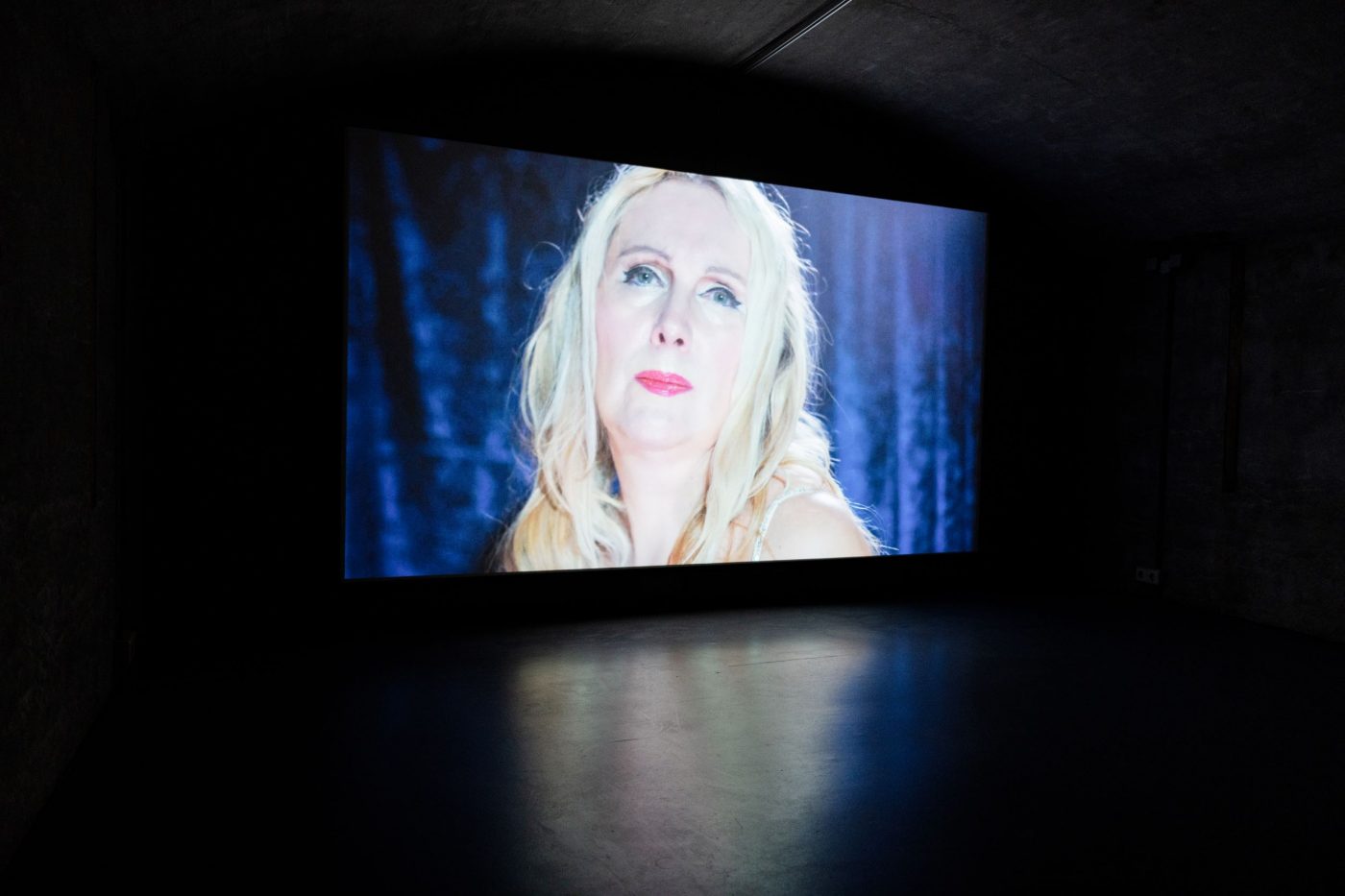 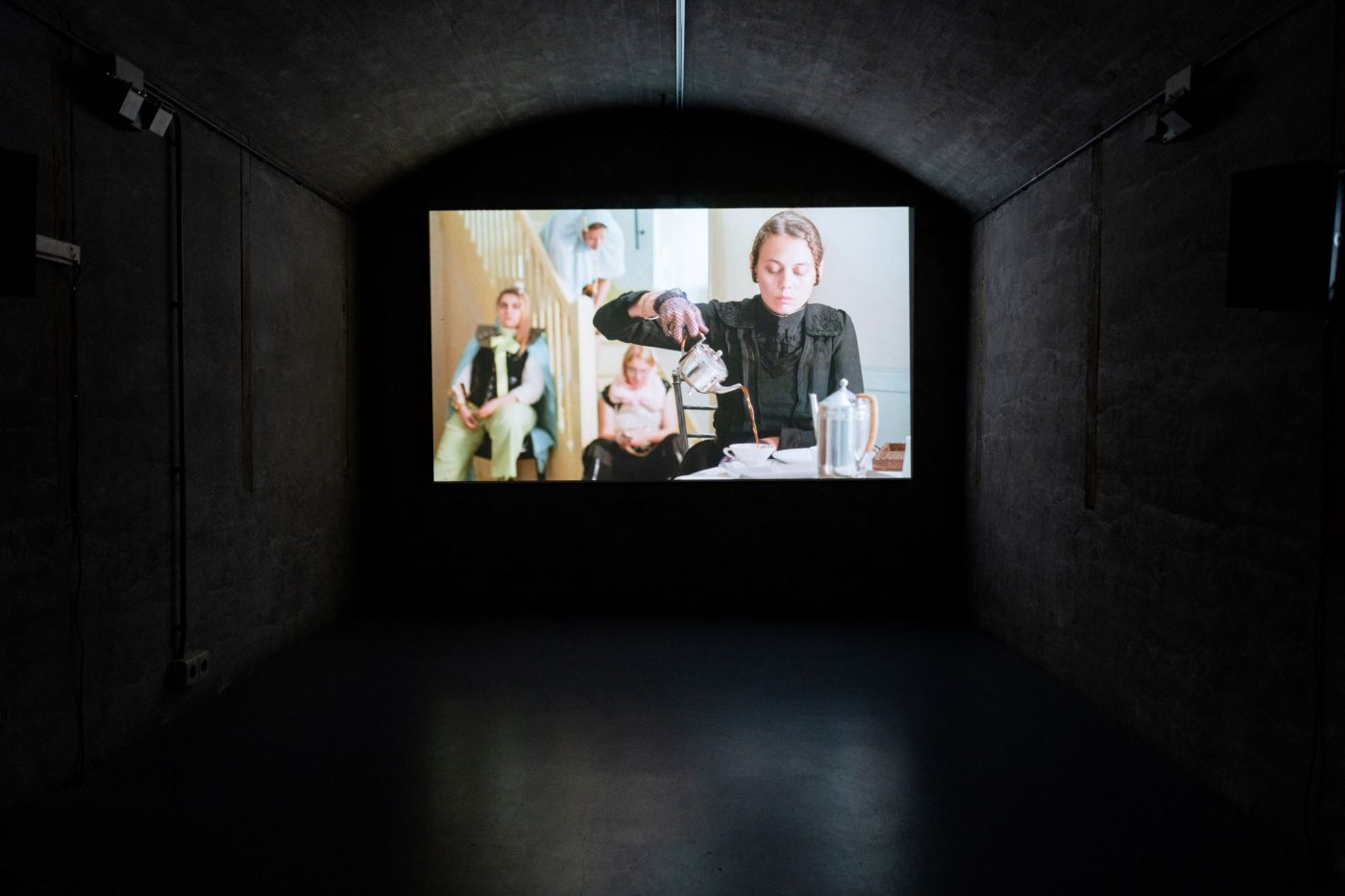 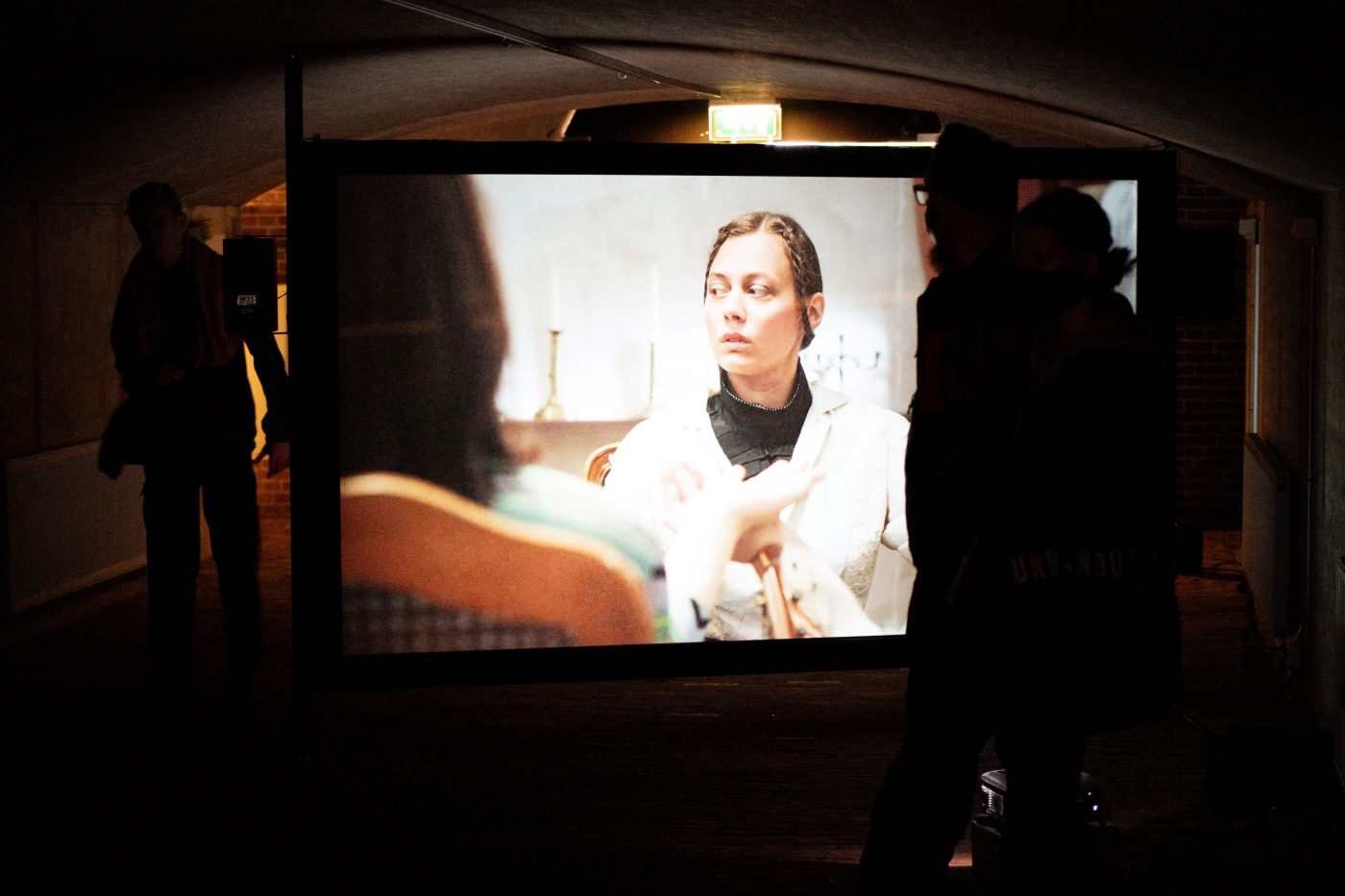 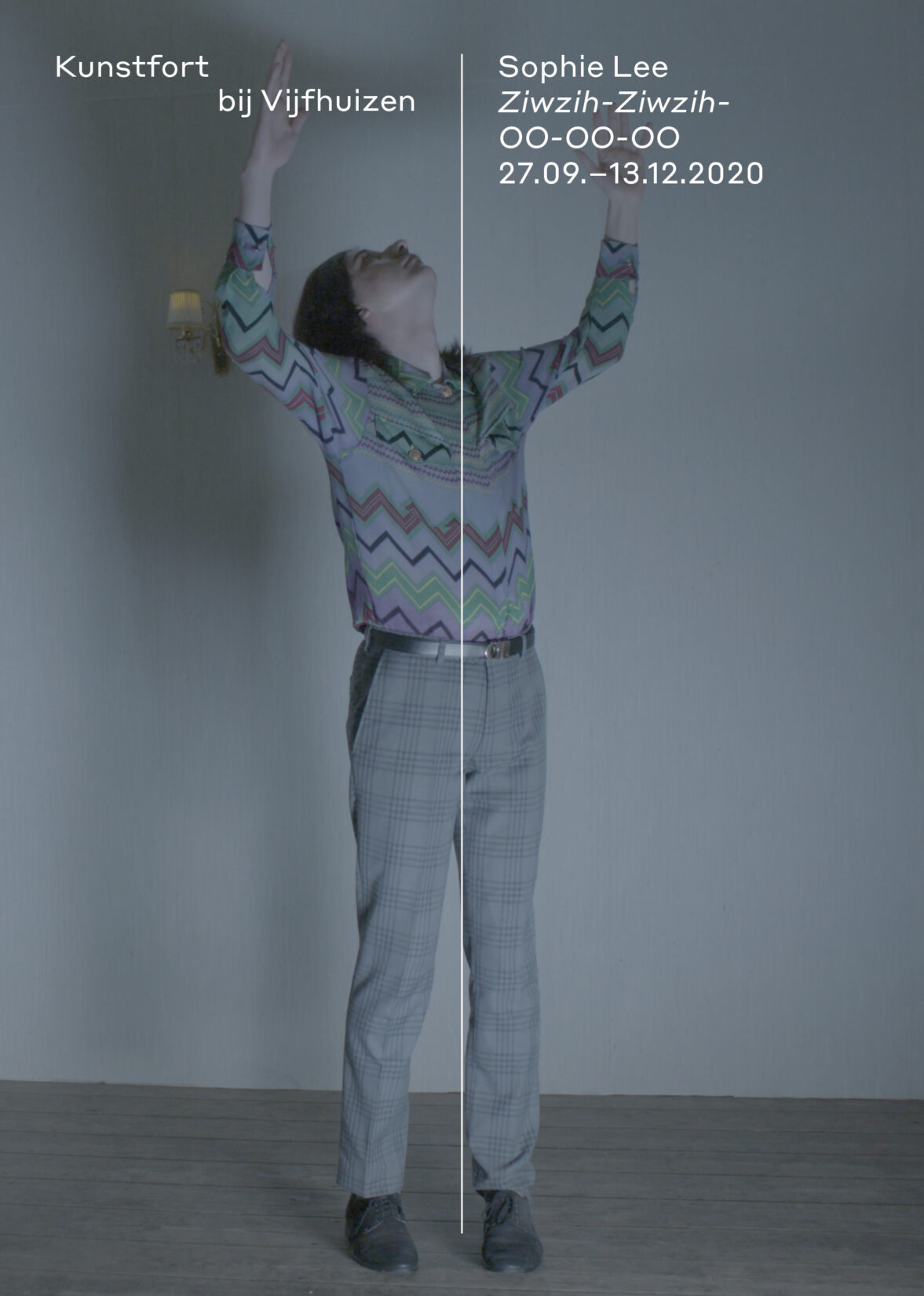