“During the Covid-19 lockdown I made a new series of work, entitled Sloppy Therapy. The idea of ​​simulation plays a role in the creation process of this work, further themes are the surface, contamination and the boundary between man and thing. Screens reformulated our experience of art. Zooming in has become the standard. Yet a few years ago the screen-based art experience was all about the question of space and physicality. Indeed during my exhibition at the Kunstfort my work related to space and the stage. Now I am more engaged with the close-up, the fragment and zooming in.

Wendy Chun writes about this: ‘the network is such a compelling concept, because with it, or better within it, you are always searching and never finding. You constantly zoom in and zoom out, switching from one network to another. The network gives you the opportunity or even the excuse not to make a decision, not to define an inside and outside, not to look for an exit. You are trapped within the network.’ (Wendy Chun, Updating to Remain the Same, Cambridge, MA: MIT Press, 2016, p. 29ff.)

The visual language in this new series of paintings is based on the expressionist gesture. These works may give the viewer a sense of familiarity, “aah a painting”. However, if you look closely you will see large, colorful surfaces filled with fragmented photographic fragments and close-ups of all kinds of painting materials such as: paint, staples, glue, canvas, resin, pigment, etc. I use the computer as a tool and a stage, Sloppy Therapy is a simulation of the idea of ​​a painting viewed on a screen.

From October 22 this new work can be seen in my solo show at Annka Kultys Gallery in London.”

Born in Amersfoort, the Netherlands in 1979. De Joode studied Time Based Arts at the Gerrit Rietveld Academie in Amsterdam. She moved to Berlin in 2006 – lived in different cities: Paris, New York, Mexico City. She has taught sculptural photography at the University of Cincinnati and ECAL. De Joode was awarded the Deutsche Börse Residency Program at the Frankfurter Kunstverein in Frankfurt (2013) and the Sculpture Space funded residency (2012), as well as a residency at LMCC swingspace program at Governors Island, (2013 – 2014), New York, NY. She received funding from the Mondriaan fund, the Berliner Senat, the Prins Bernhard Cultuur Fonds and the
Royal Dutch Embassy. Her work has been published and reviewed, among others, in Vitamin C clay and ceramics (Phaidon), Artforum, Artnet, The New York Times, The New Yorker, DIS magazine and Charlotte Cotton’s book Photography is Magic. 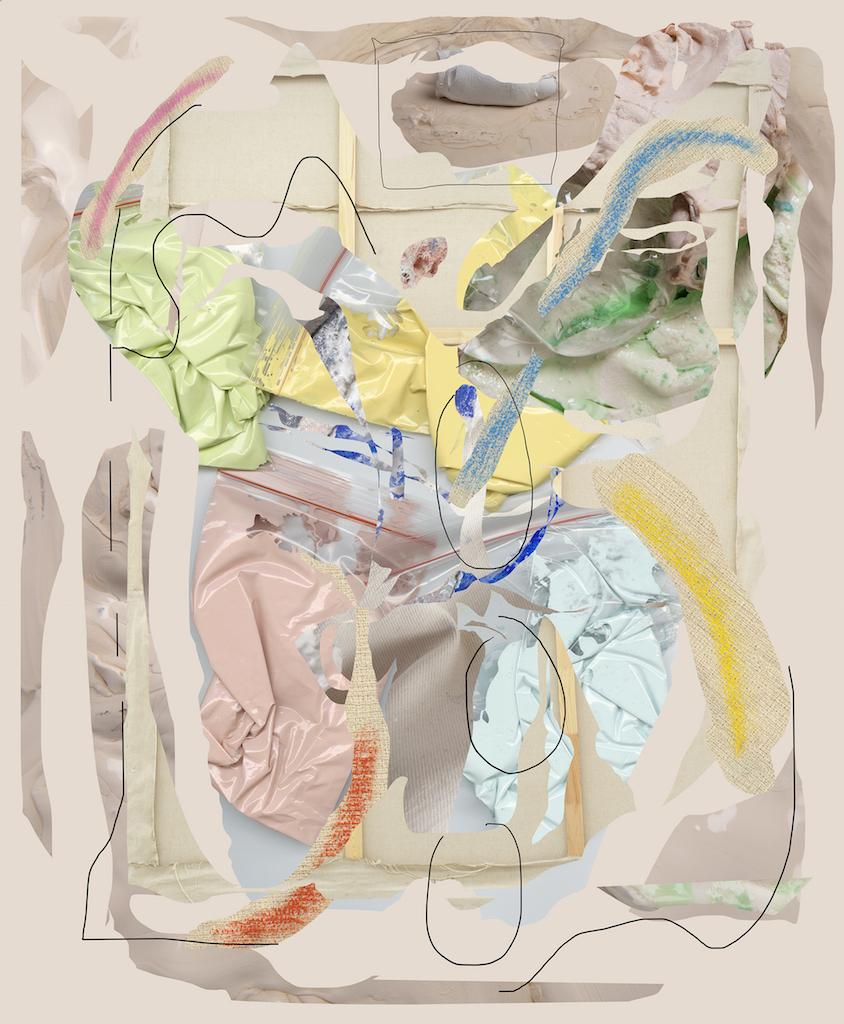