Lola Pertsowsky (FR, 1988) lives and works in Brussels and was raised on a small island in France. With her photographs she collects situations that together could tell the story of an imaginary microcosm – another world. She prefers her frames vertical: it is not the landscape, the ‘overview’, but the fragment that she finds interesting.

This snail, which is quietly moving over the other side of a bedroom window, has been captured by Pertsowsky in a very short timespan and from a very close viewpoint. Flash and close-up show the snail as a large, quite visible presence. She looks like an alien. Behind her we see the endless darkness of the night.

If we then re-read the title, we understand that the work also might offer a window on the history of photography. In the late 1980s Thomas Ruff, a well-known German photographer, realized that he lacked the means to make a satisfying photo of the starry sky. He sought refuge with the old negatives of an observatory and collected and manipulated them for a now world-famous book called Sterne (Stars). Ruffs gesture changed ideas about art and photography: borrowed images count too. But he also raised a new question, because if photography is in essence: capturing images with light, what is it we look at if we believe that we have photographed the darkness? 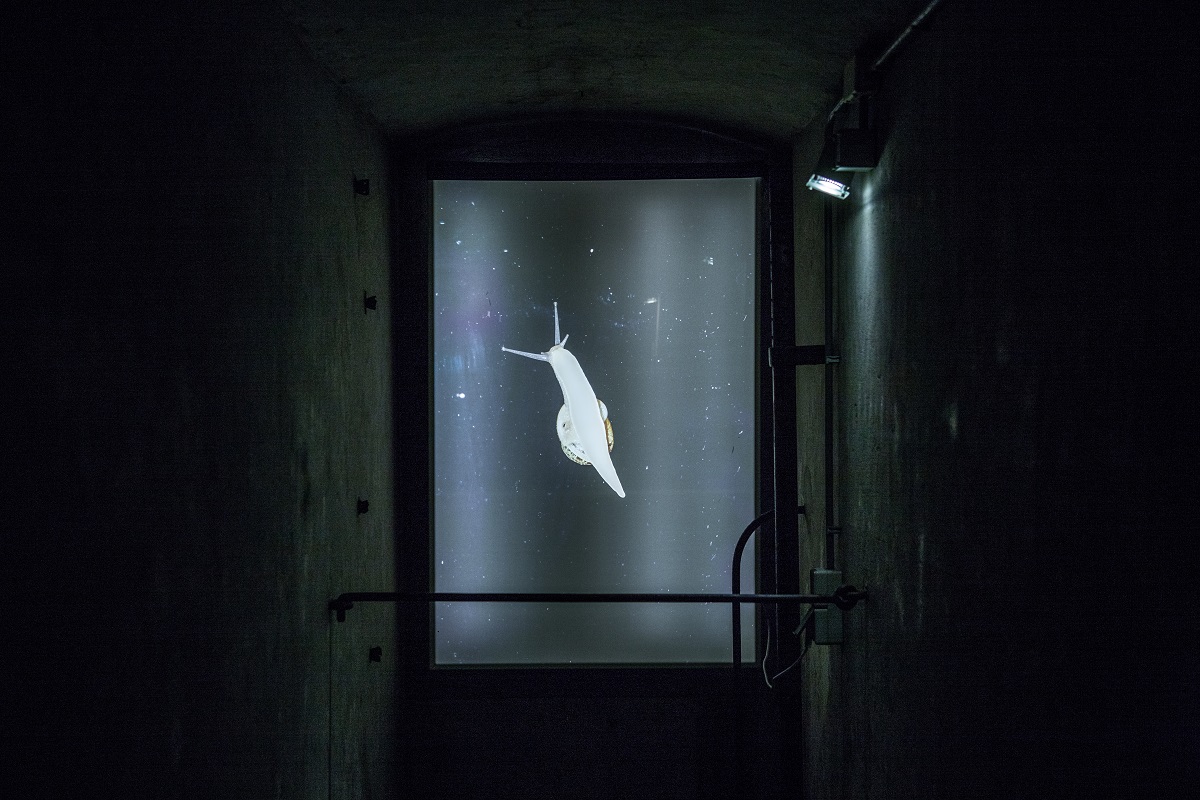