Looking out into the distance can often be a moment of deep reflection, the awareness of something out there just beyond the horizon, endless space, the mortality of oneself.

The image was taken along the coastline in Bar Beach, Lagos, an eponymous beach that unfortunately has almost completely disappeared. In its place the coming into being of Eko Atlantic City, a Dubai-like extreme high-end real estate venture, a smart city built on reclaimed land with a specially designed protective wall to buttress the constant force of the powerful Atlantic Ocean.

Our couple amazed the photographer, for at that time the beach had a somewhat questionable reputation. Opportunistic muggings, petty crime, dubious characters that roamed up and down. Few expatriates, mostly European, ventured out onto the sands.

The sea, her distinct horizon, still singing the laments of the Middle Passage, the present day intolerable pollution, the weird attempts of a default humanity to tame her, to deny her her rightful rhythmic surging.

Akinbode Akinbiyi has been a freelance photographer since 1977, a curator and a writer. He is currently based in Berlin. In his photographic work he focuses on megacities. He works primarily in the four major African cities Lagos, Cairo, Kinshasa and Johannesburg, but also resided in cities like Addis Ababa, Bamako, Dakar, Khartoum and several European, North and South American cities. He wanders the streets in an attempt to understand and deeply engage with these modern metropolises. For Kunstfort Voices, Akinbode contributed with a photo of the now disappeared beach of Lagos, the capital of Nigeria.

For Kunstfort Voices we invite another artist or creative maker each month to share a textual work, poem or story. This can either be their own work or that of somebody else. 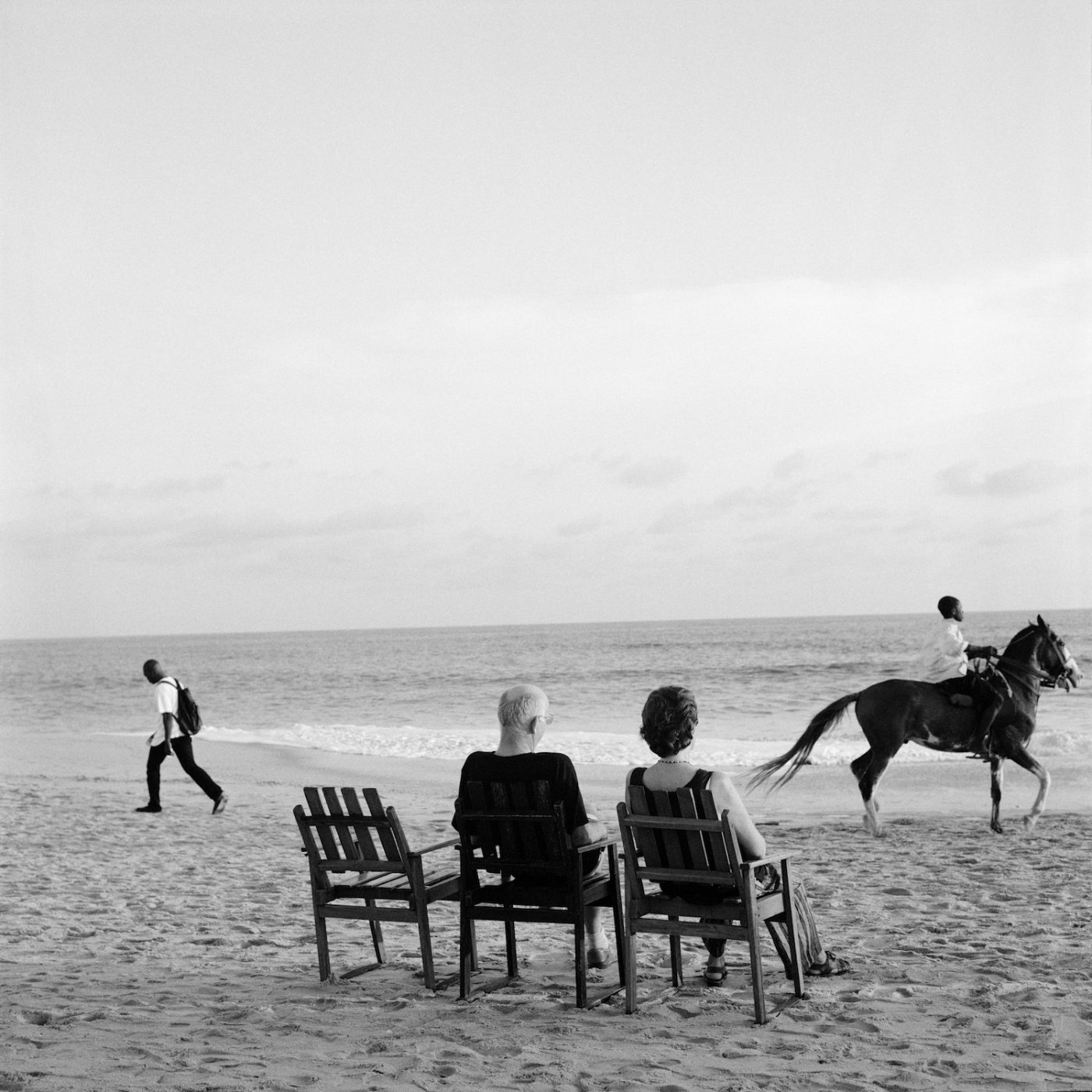