Enchant embrace them you odd peninsula

A gathering with love, for Kunstfort

‘A salute to a place for belated coming of age. Where reunited friends and impossible loves gather once more. The wish to let our ghosts live forever. Surrounding waters haunted by ideas that never happened. Through weaponized plants and kranky bees that fertilize the soil.

A goodbye in elsewhere

From April 10 to July 10, art works by more than fifteen (inter)national artists can be visited in several places in and around the fort island. ‘Enchant embrace them you odd peninsula – A gathering with love, for Kunstfort’ is a personal salute from Elders, who leaves behind both divergent and related voices and perspectives, for the Kunstfort. The encounters with art and artists are intimate and sometimes almost coincidental, carefully brought together with a substantial role for the architecture and nature. On Sunday 10 April there was an elaborate program with the artist at the centre. With performances by Astrit Ismaili and Joeri Woudstra, readings by Maria Barnas and various Kunstfort colleagues, food, music played by Bredt, her again, Rice Peas Roots & Culture Soundsystem, Simon Wald Lasowski, korenwijn from our own Tolmanns Distillery and cake from Vijfhuizen’s bakery Dijkzeul. Zippora Elders was appointed Kunstfort’s director and curator in 2016. 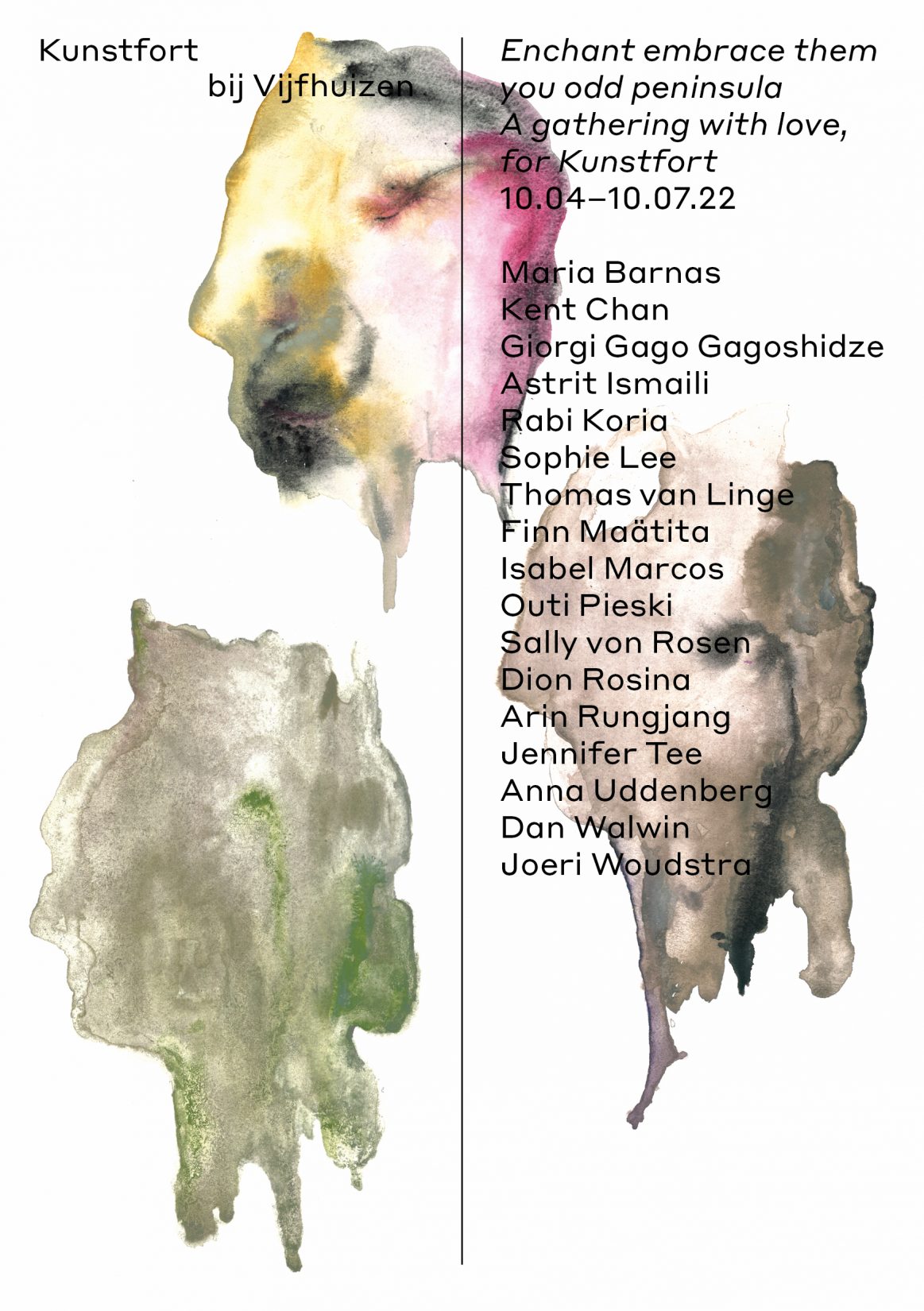